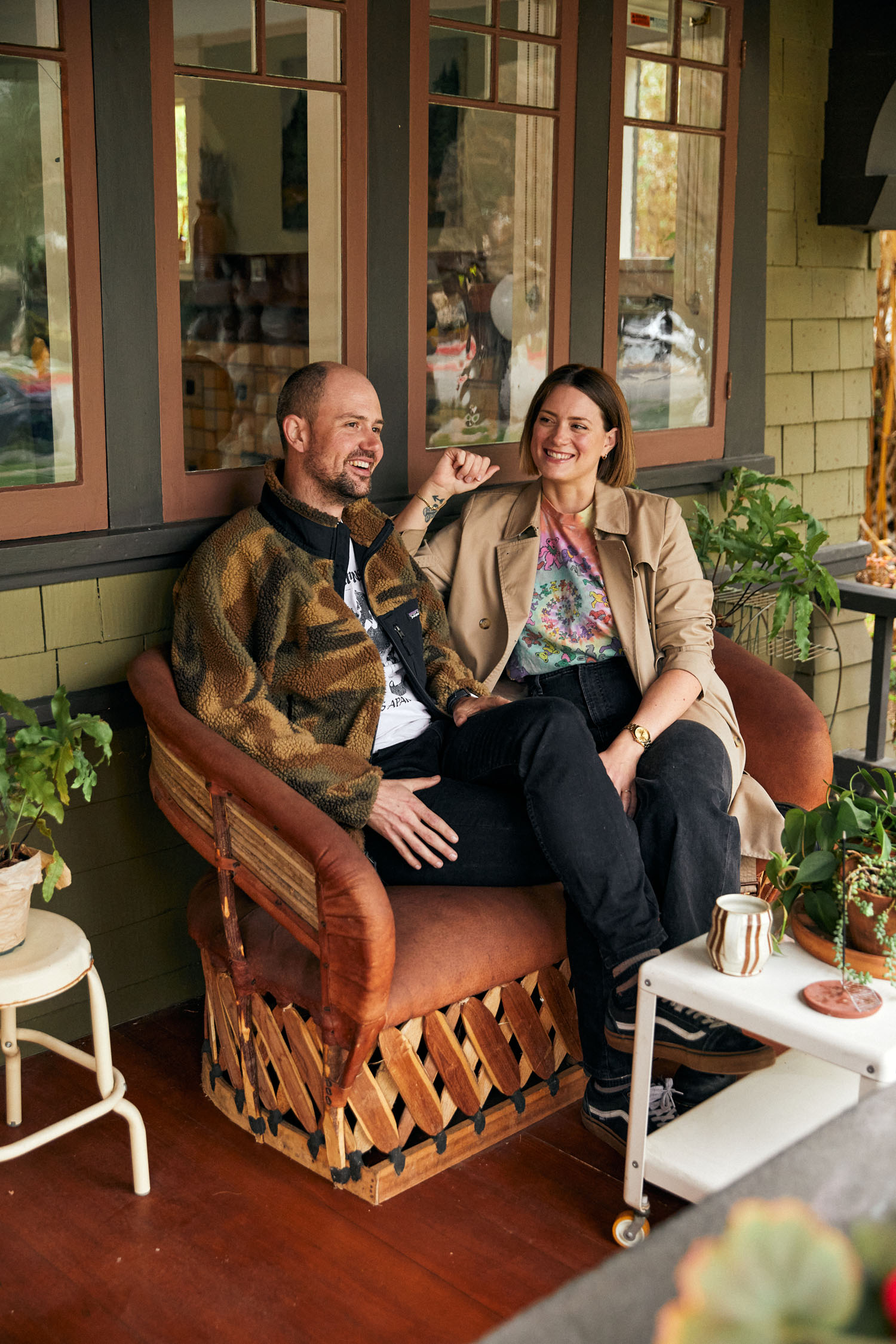 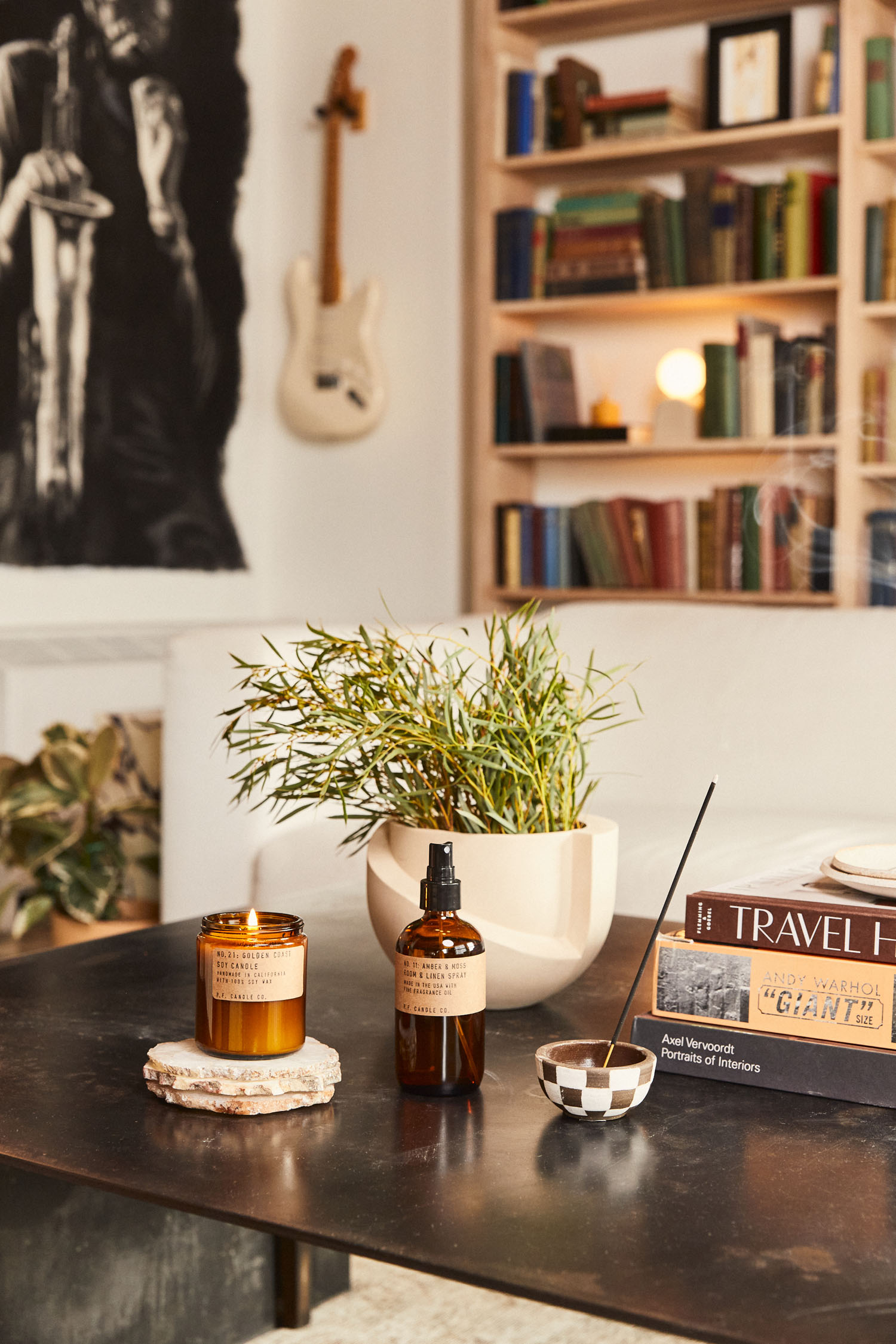 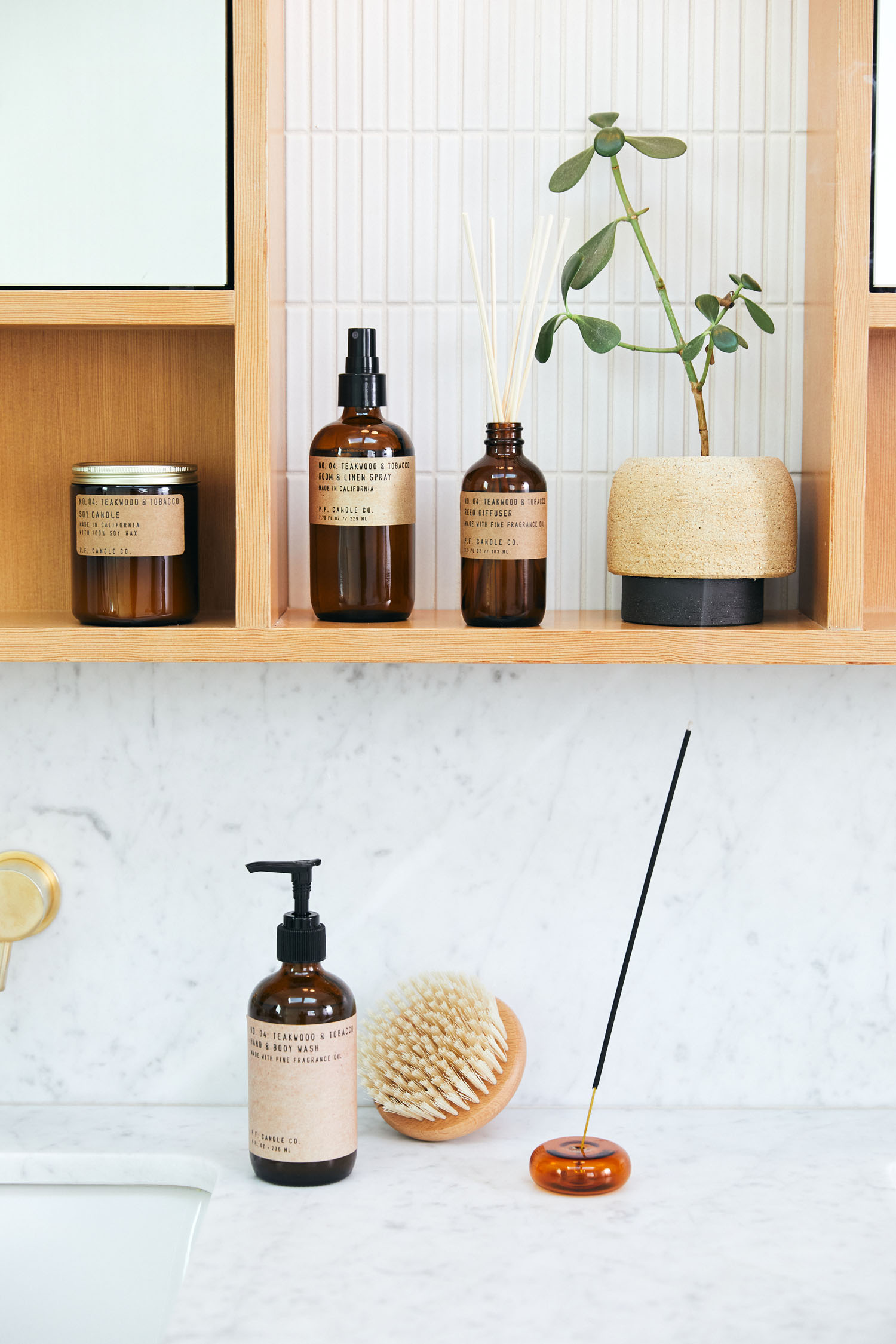 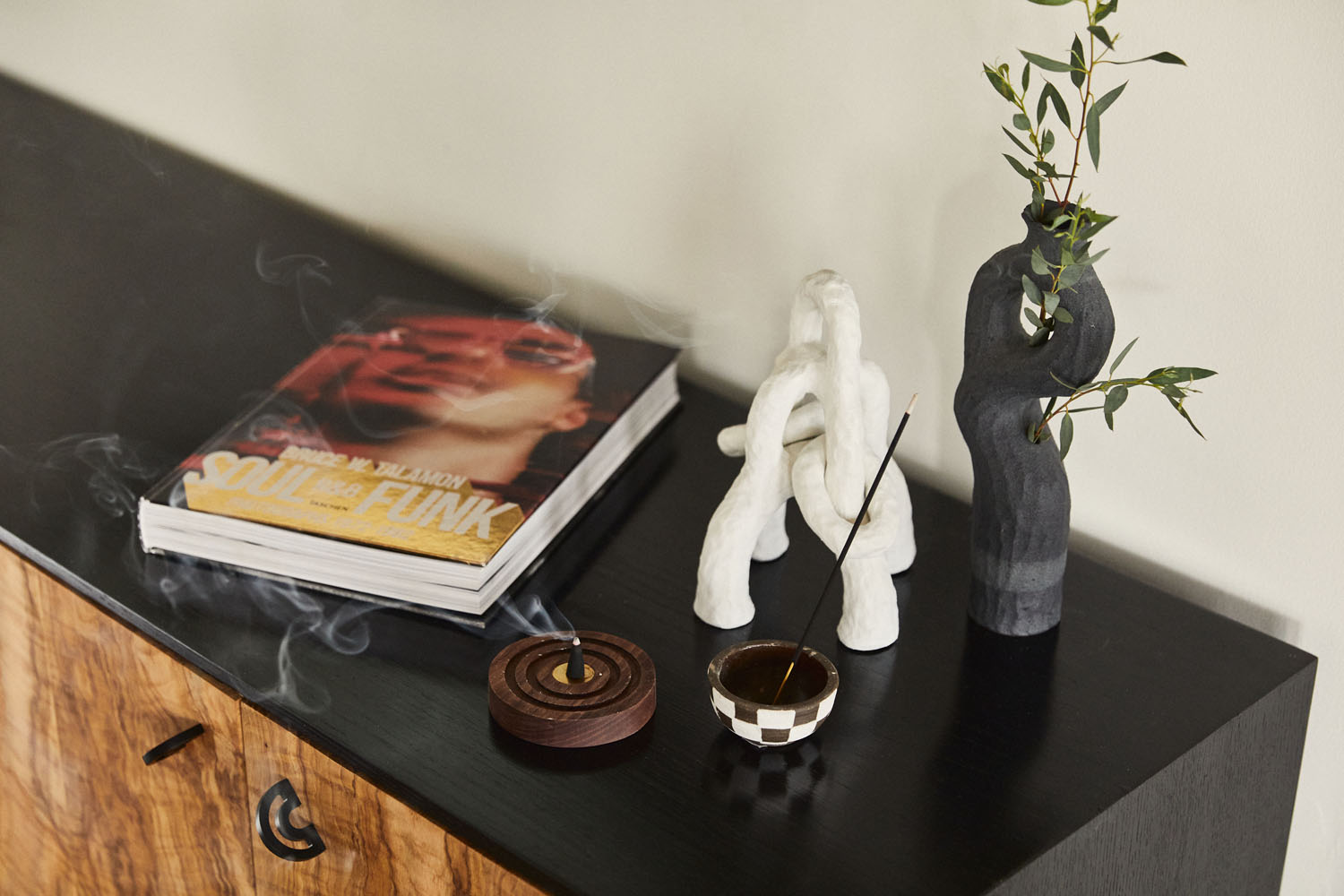 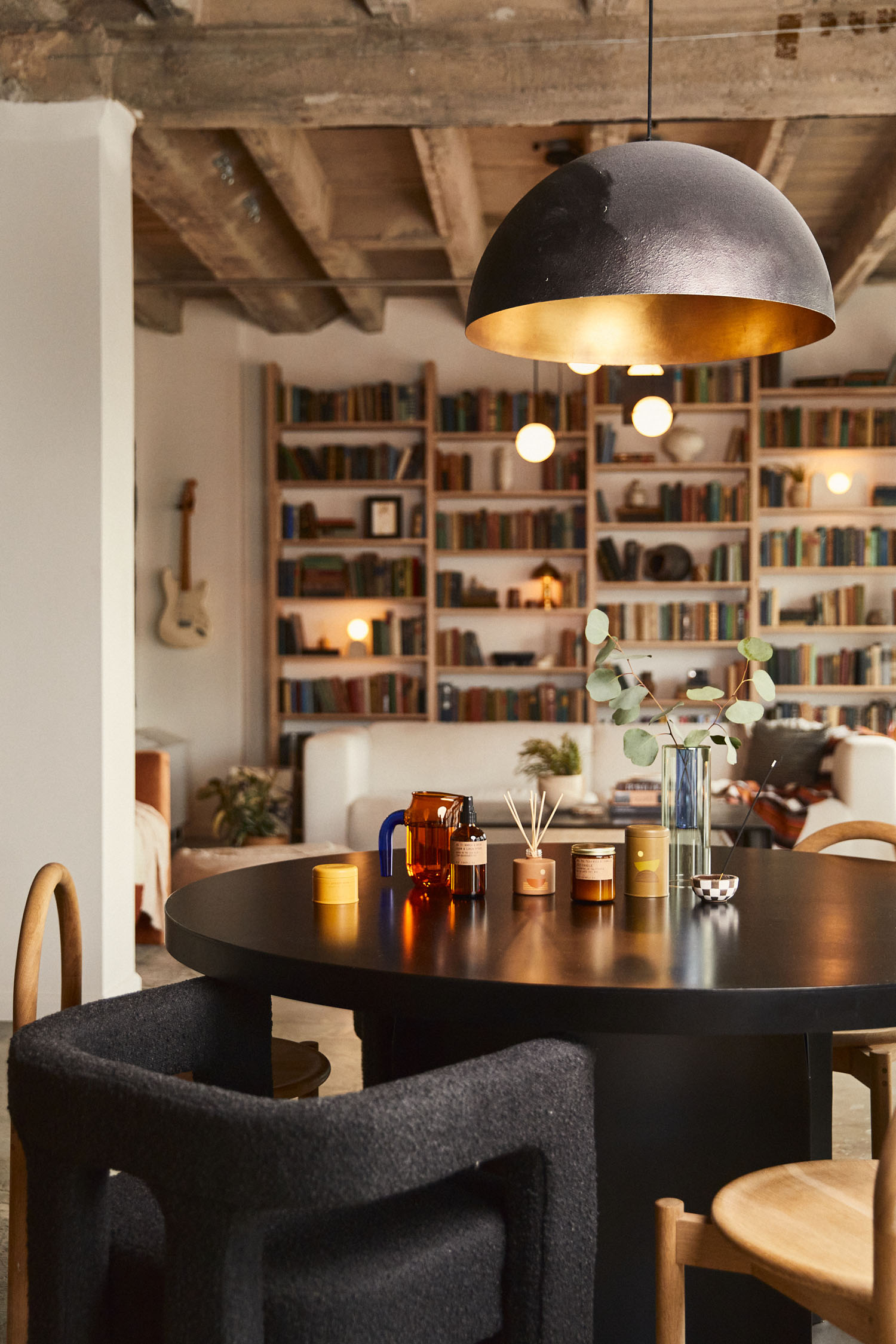 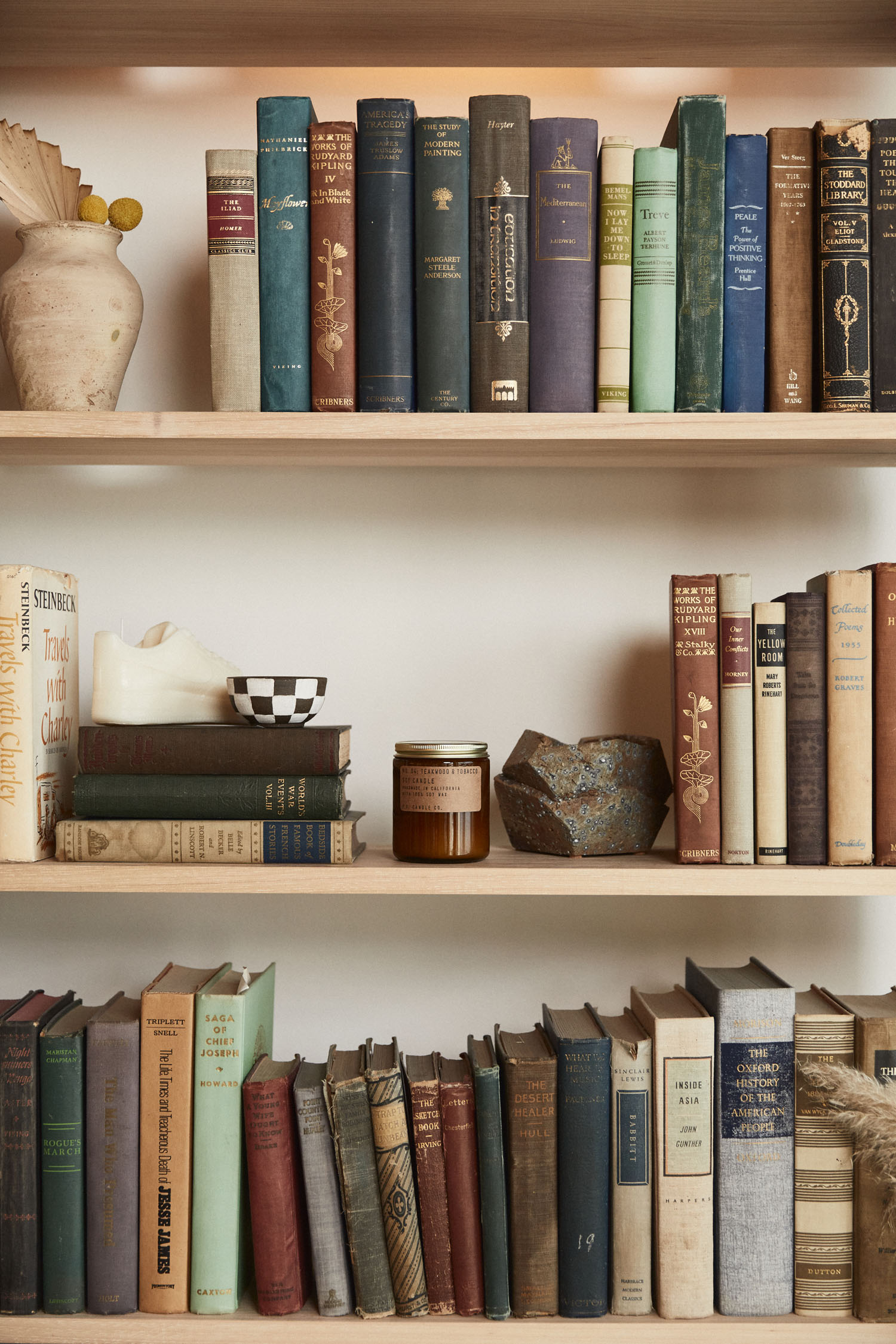 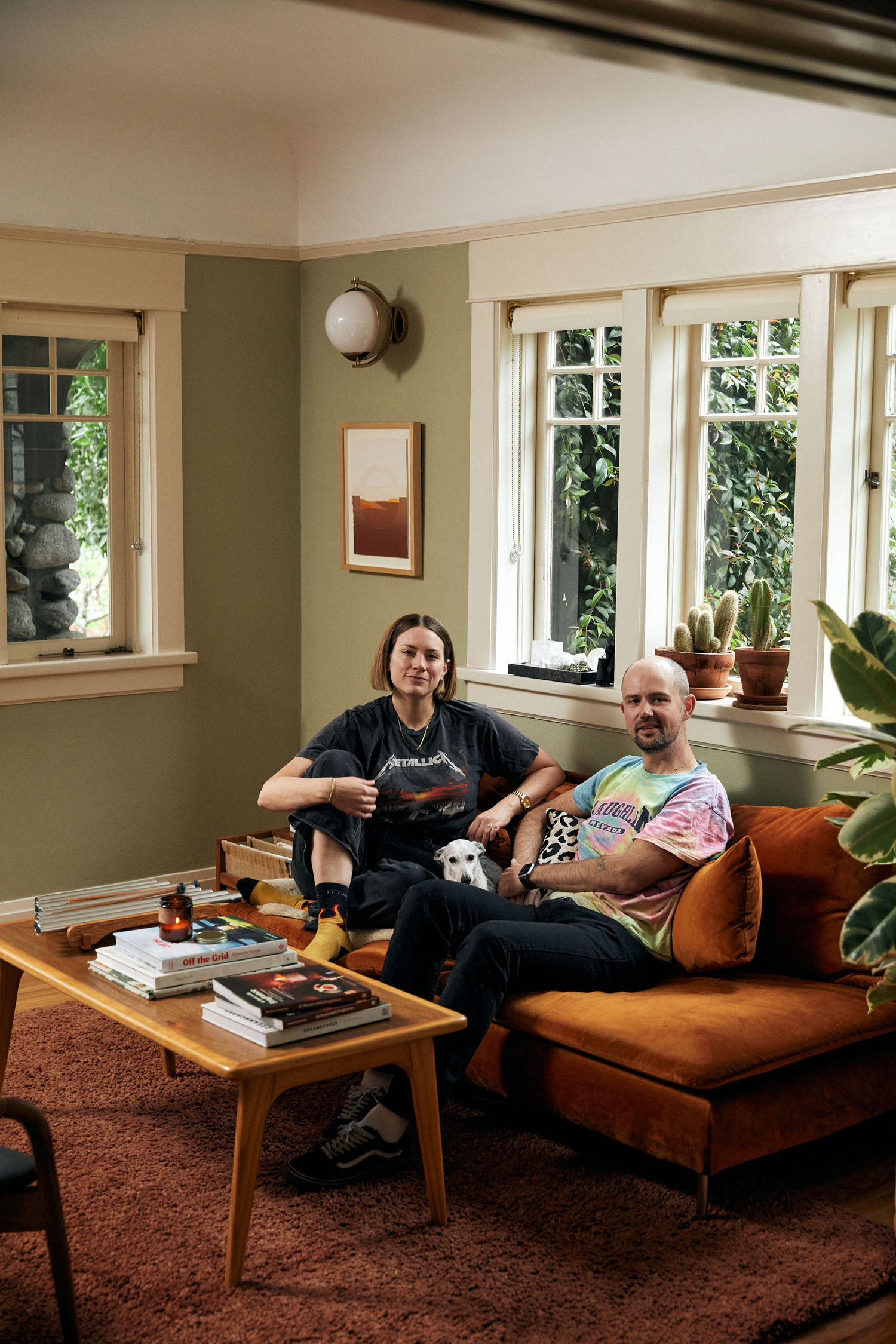 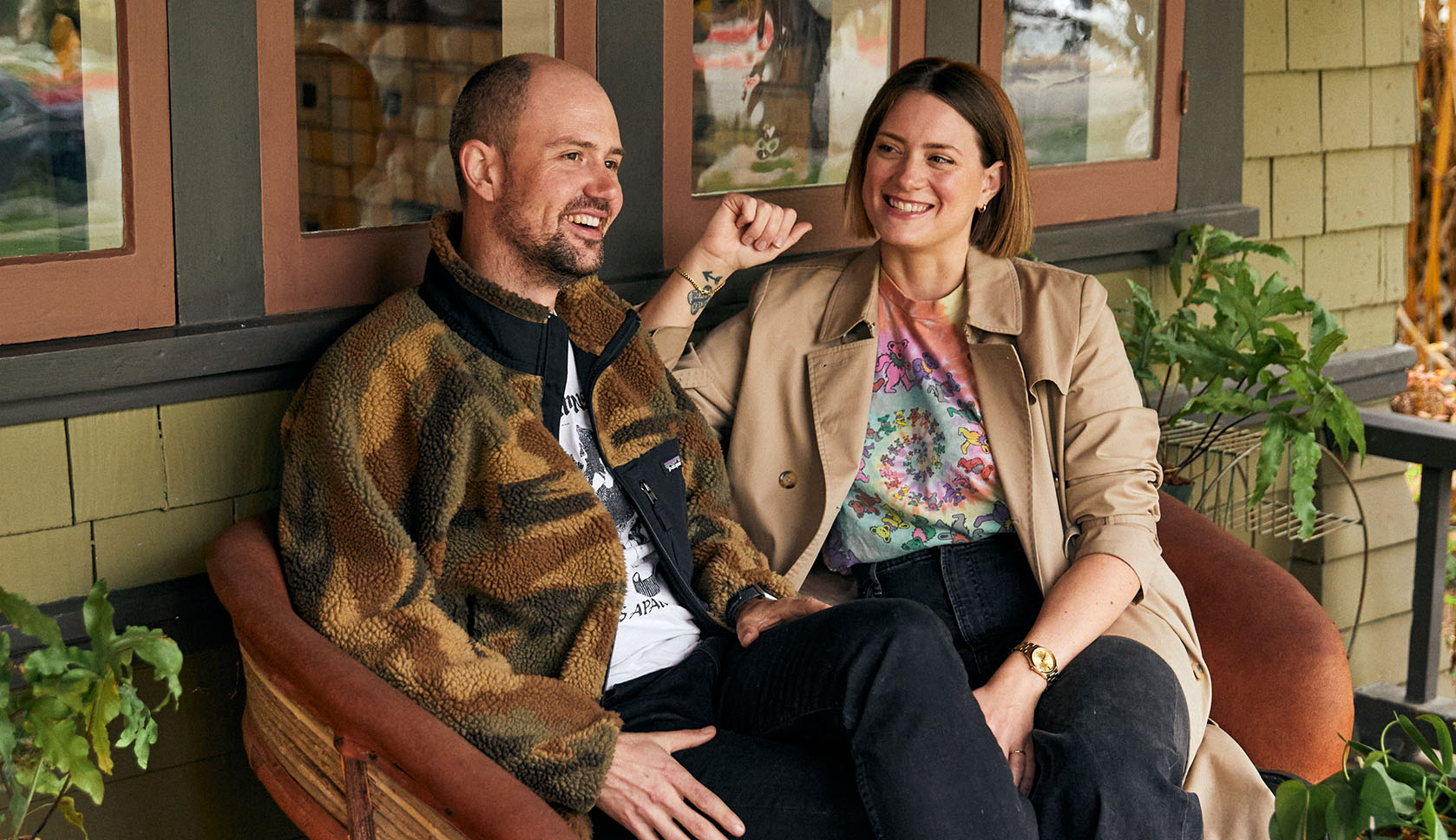 When you think of quality candles, you think P.F. Candle Co. Co-owners Kristen Pumphrey & Thomas Neuberger have come a long way since Kristen was a one-woman Etsy shop in 2008. Now, it’s an 80-person company, they’re the authors of At Home with Fragrance, and their products are sold at thousands of stores worldwide, including big-hitters like Urban Outfitters and Nordstrom. Add in a few collaborations with cult-classic brands like The Hundreds, and it’s an entrepreneurial story for the ages. Today, the pair tells us what inspires them, the advice they wish they could offer their younger selves, and what they’ve got planned next.

MY LIGHT-BULB MOMENT:
Thomas: That we have very little control over the universe and impermanence is the status quo. Oh about the business? Probably when I saw Kristen was on the verge of landing a big order, and I had the ability to help her make all those candles.

Kristen: Before P.F. was what it is today, it was an Etsy shop that didn’t really make ends meet for me. I was making a lot of different items but got to a fork in the road where I either needed to go big, or pack it up and go home. I honestly felt like quitting, but Tom encouraged me to simplify things to just candles, since that’s what people were resonating with. The following year, the business really took off, landing us in West Elm. I think dedicating my focus and attention to just one thing helped me (and the biz) to succeed.

I CAN’T START MY DAY UNTIL:
Thomas: I’VE HAD MY COFFEE.

Kristen: I told Tom that everyone would answer “I can’t start my day until I’ve had my coffee”, but then remembered some people are tea drinkers. For me, it’s yes, once I’ve had my coffee (A), but also once I’ve taken my dog, Roxy, for a long walk. Sometimes I listen to a podcast or music but lately I’ve been doing it in silence and letting my thoughts work themselves out.

SUCCESS IS:
Thomas: Being content with what you have.

YOU’LL NEVER SEE ME WITHOUT:
Thomas: A bike. Maybe you’ll catch me cycling around Los Angeles if you look hard enough.

MY DREAM COLLABORATION:
Thomas: Probably some sort of 80s punk band, but they would never do it because it’s antithetical to their whole existence. Maybe then a business I look up to like Patagonia or Vans.

Kristen: VANS! Vans is the company that inspired me to say “made in California” on my packaging – that’s how long I’ve been a Vans fan, since they were Made in California.

THE ONLY PLACE BETTER THAN CALIFORNIA:
Thomas: I love New Mexico. Taos and Santa Fe.

Kristen: I knew Tom was going to say New Mexico and I strongly second that. The only other city that gets me going would be Amsterdam. I love the cycling culture. Since we’re both tall, we don’t *immediately* read as tourists, so we can pretend we live there for a millisecond before the jig is up.

WHEN I FEEL UNINSPIRED:
Thomas: I put on some fast music and go for a 50 mile bike ride.

Kristen: I re-organize my space. Whether it’s arranging a bookshelf, clearing my desk off, or straightening up a junk drawer, it clears my head and literally re-arranges my viewpoint. I always end up more refreshed.

ADVICE I WISH I HAD 5 YEARS AGO:
Thomas: That five-year plans never work out.

Kristen: So many worries and problems that consume your mental energy won’t even register to you in a year. I like to remind myself that I’m just a speck of stardust living on a giant rock that’s hurtling through space. Perspective helps.

IN 5 YEARS, FIND ME:
Thomas: Still trying to figure it all out. But maybe doing a better job because I am 5 years older.

Kristen: After the past couple years with COVID, I think I’m done trying to predict the future. I’ve got modest, sustainable growth in mind for the company, maybe writing another book, and going on great adventures with our family.

ABOVE ALL ELSE:
Thomas: Love you friends/family and just try to be content/happy. 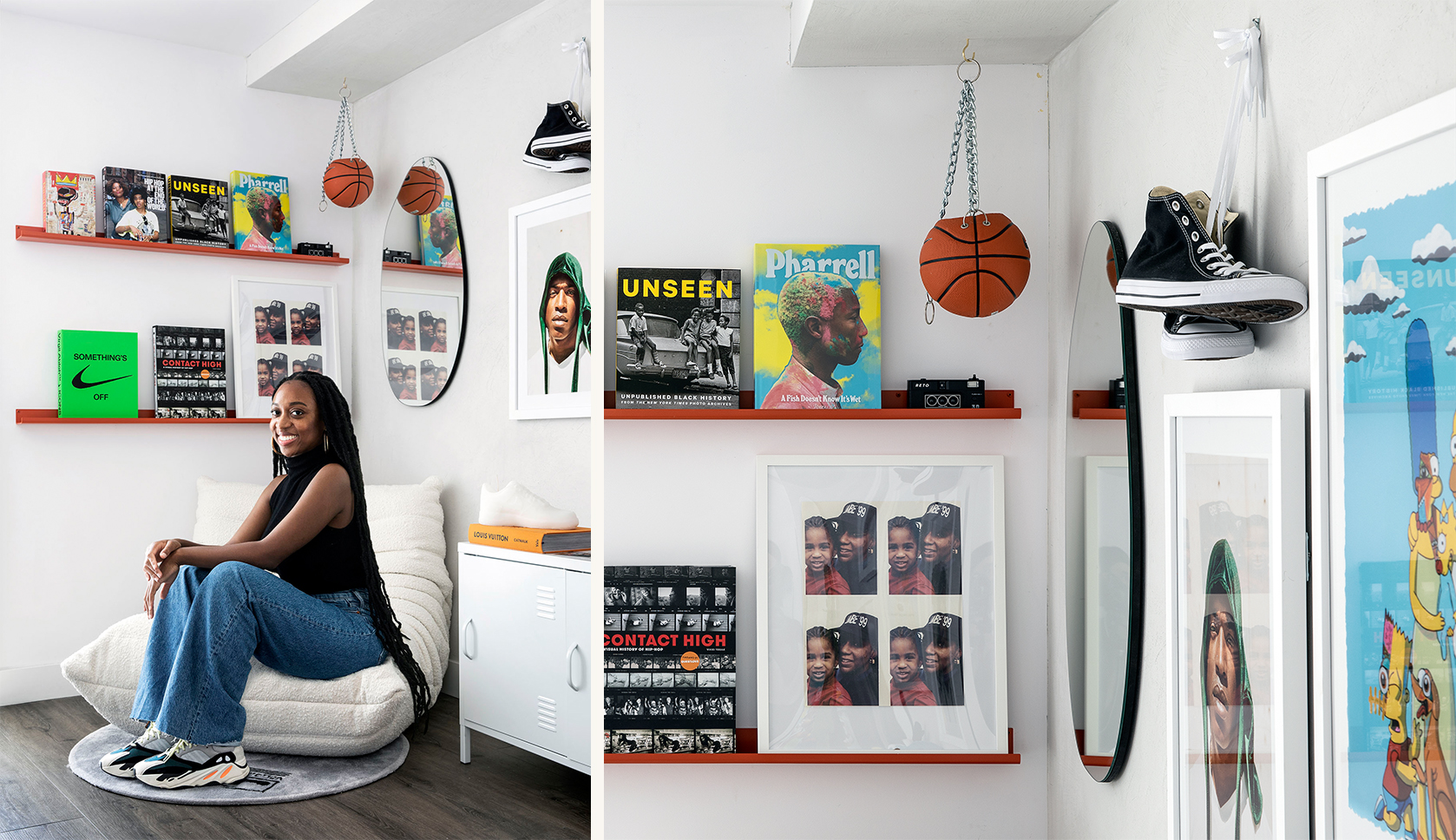 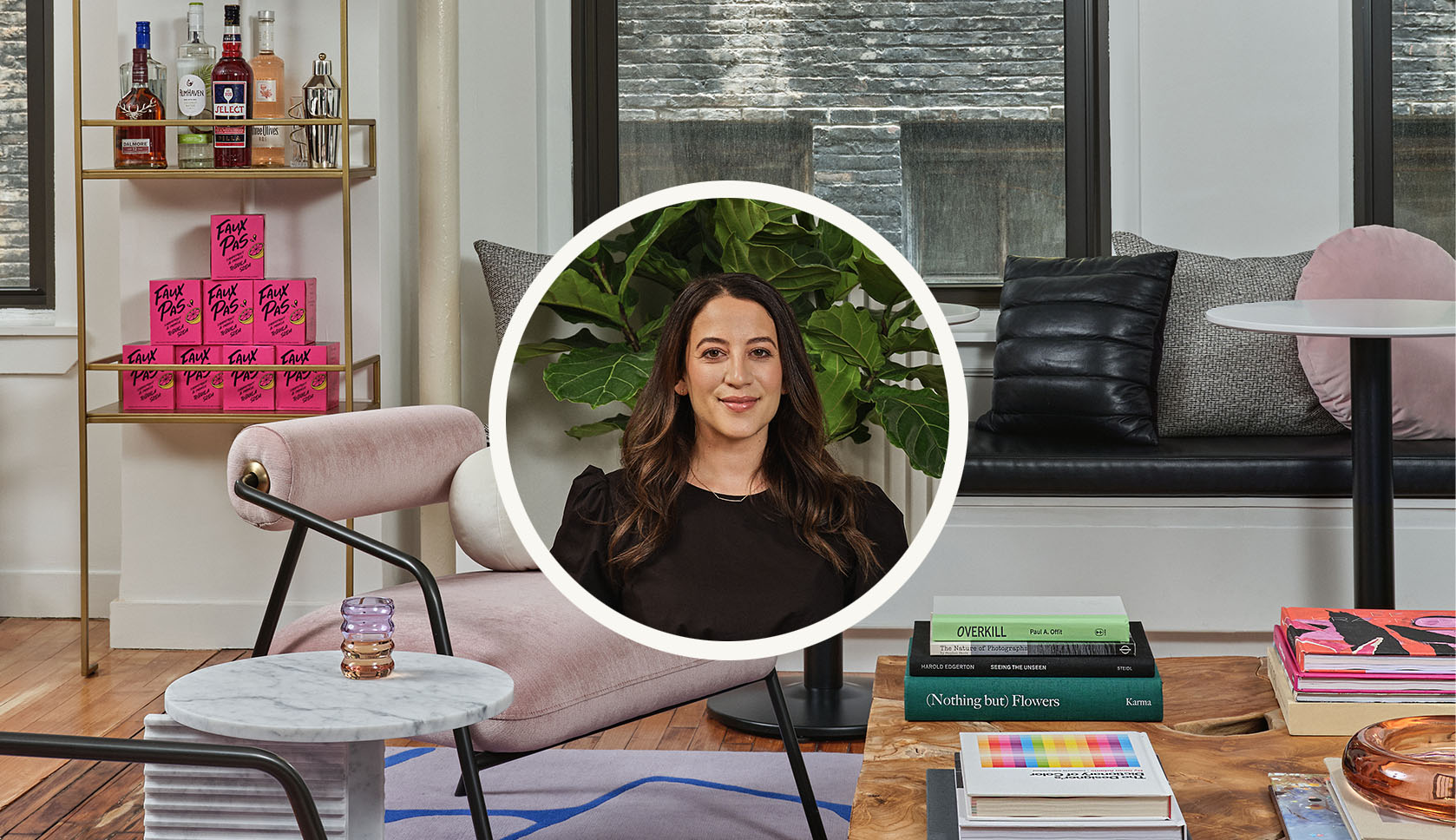 Editors' Picks / September 26, 2022 5 Minutes With Molly Torres Portnof, Founder of DATE Interiors and Designer of the Betches HQ
A rising star in the design world, Molly Torres Portnof brings her background of fashion, pop culture, and music to nearly... 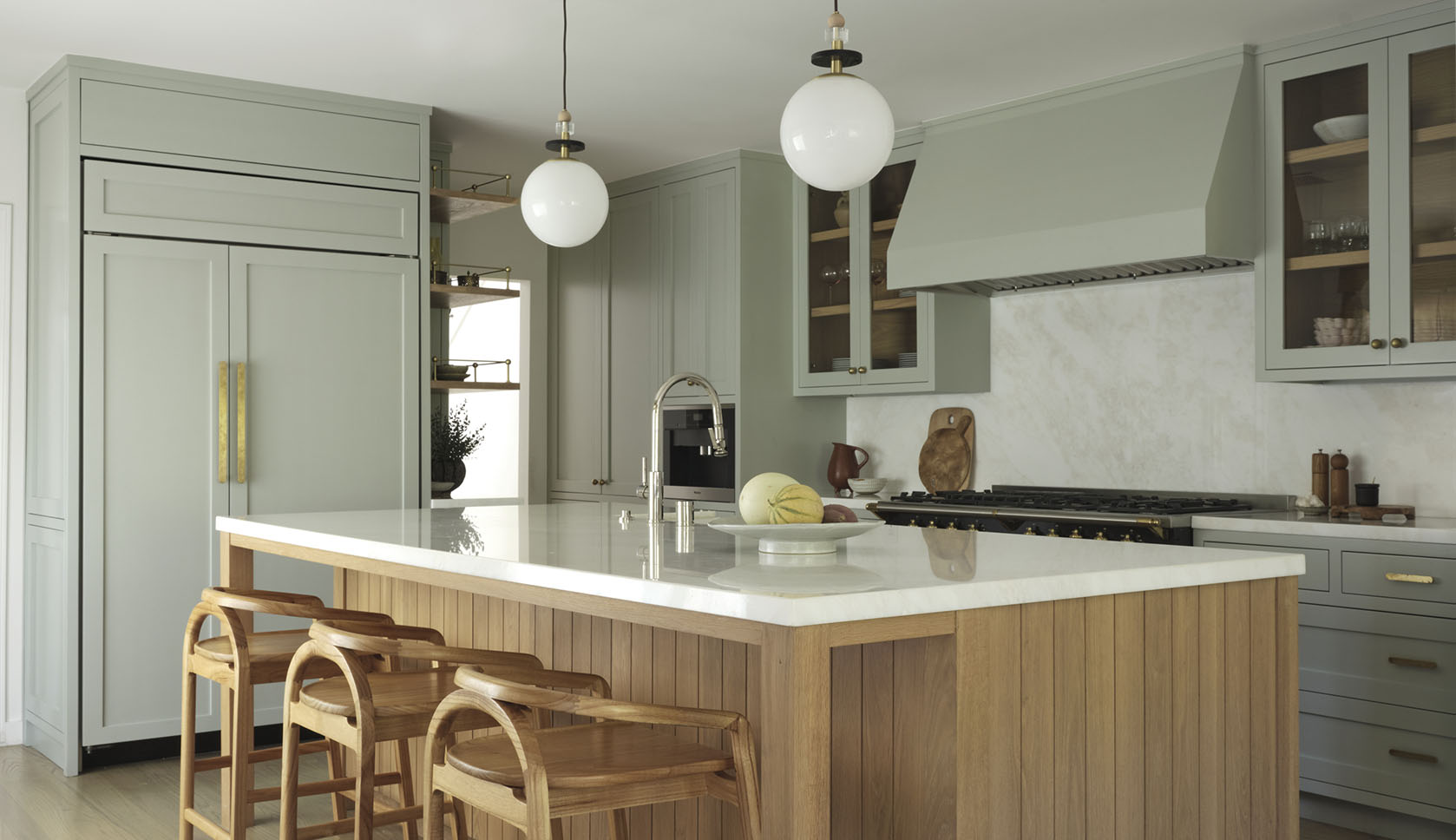