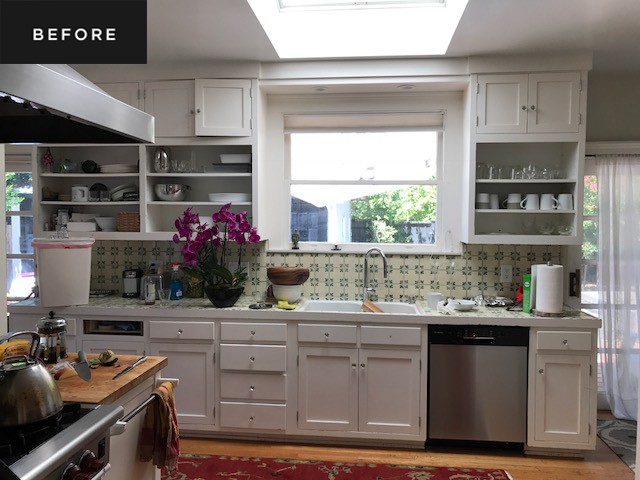 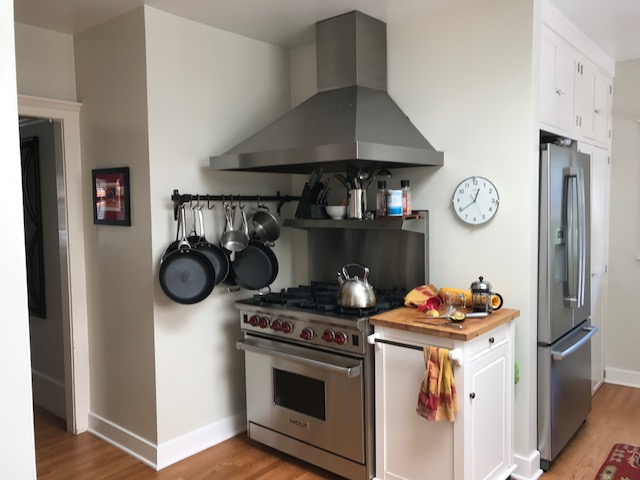 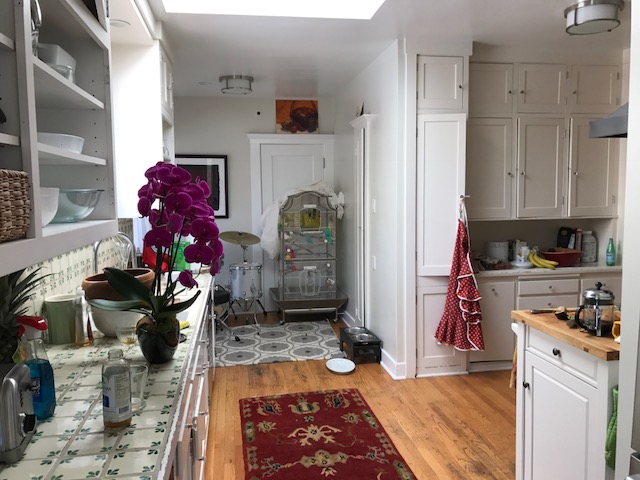 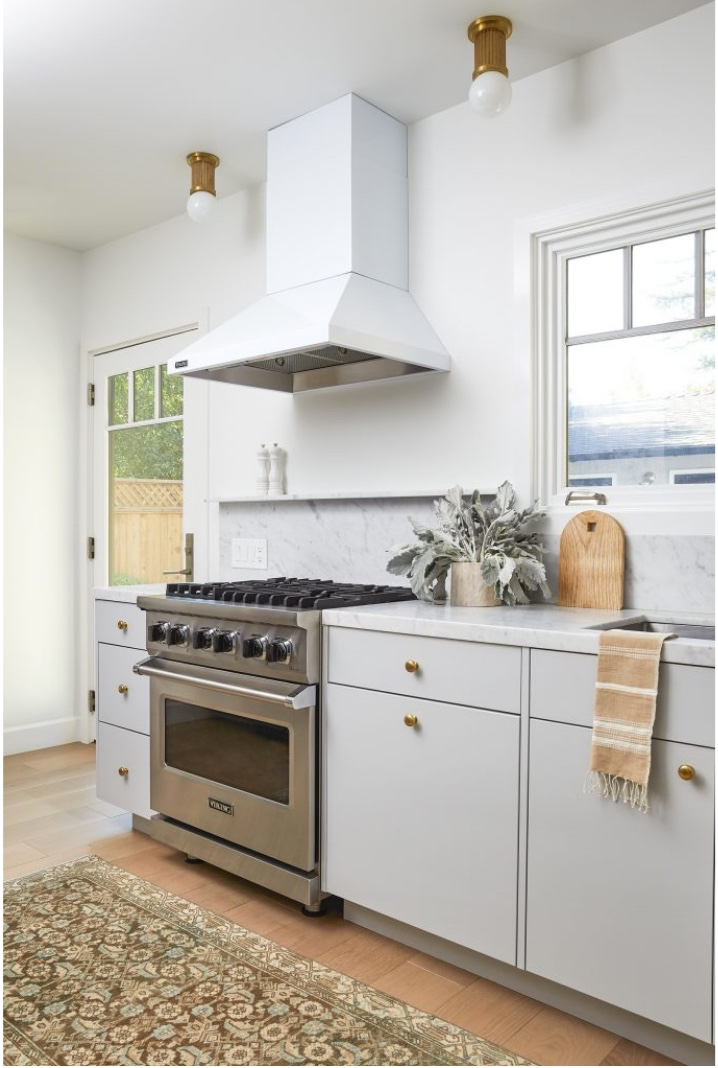 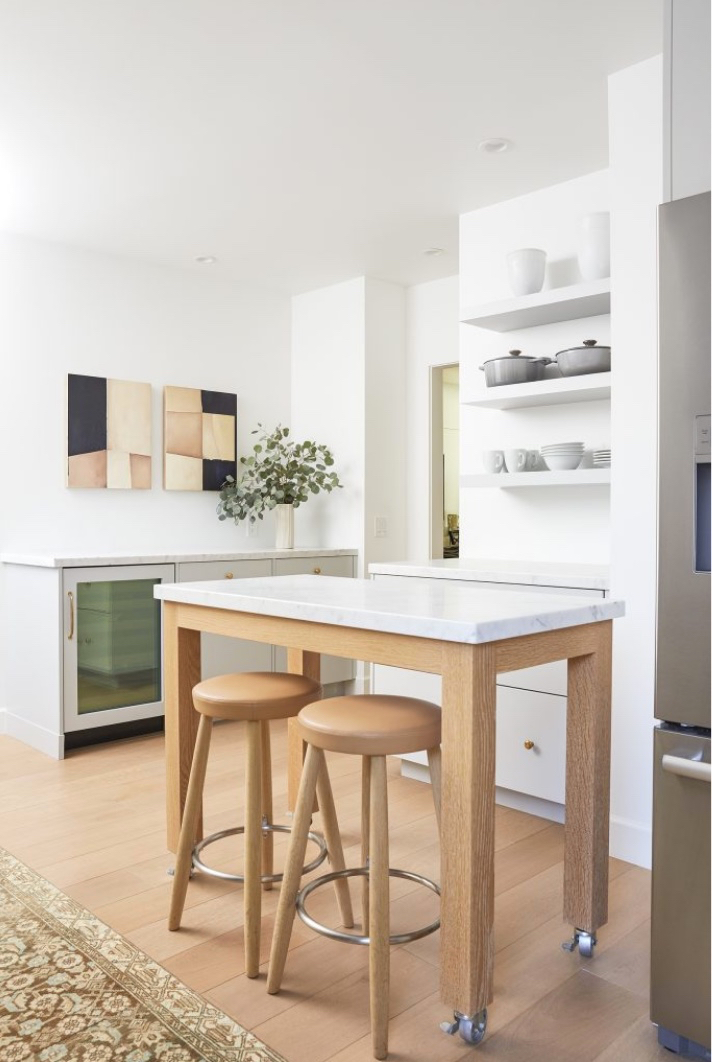 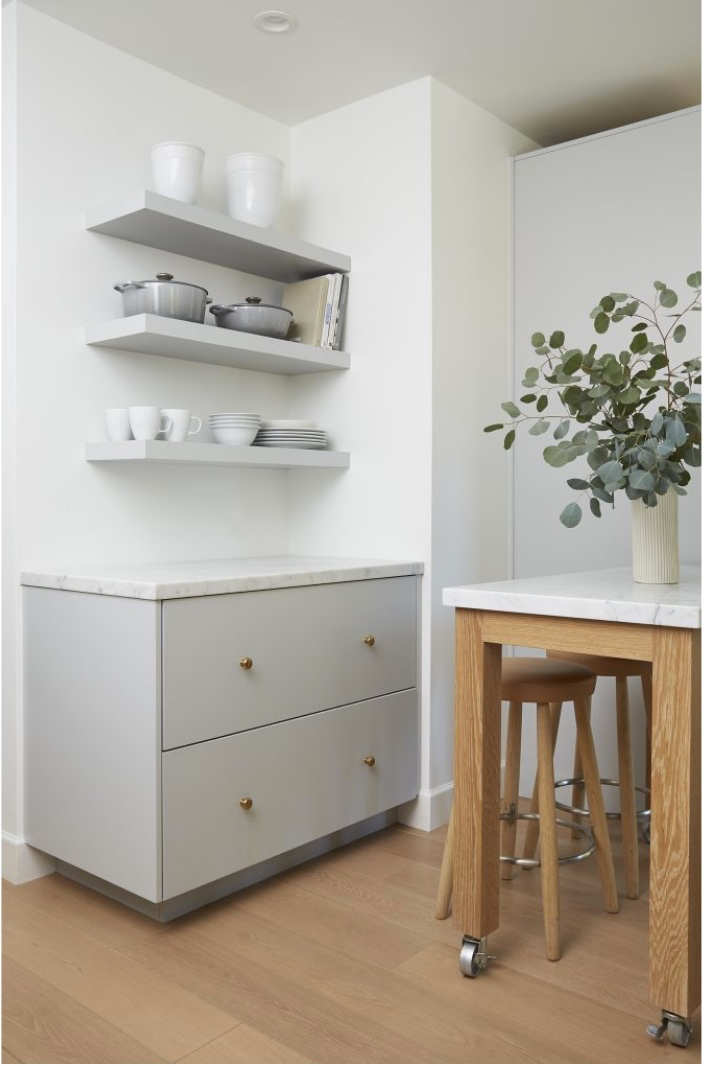 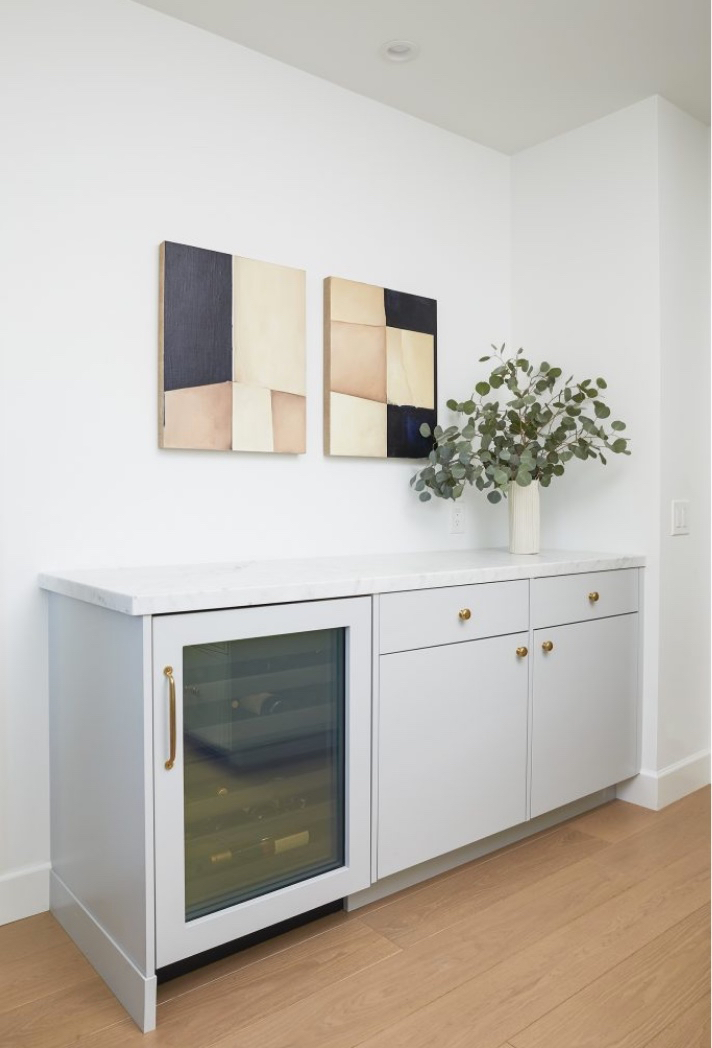 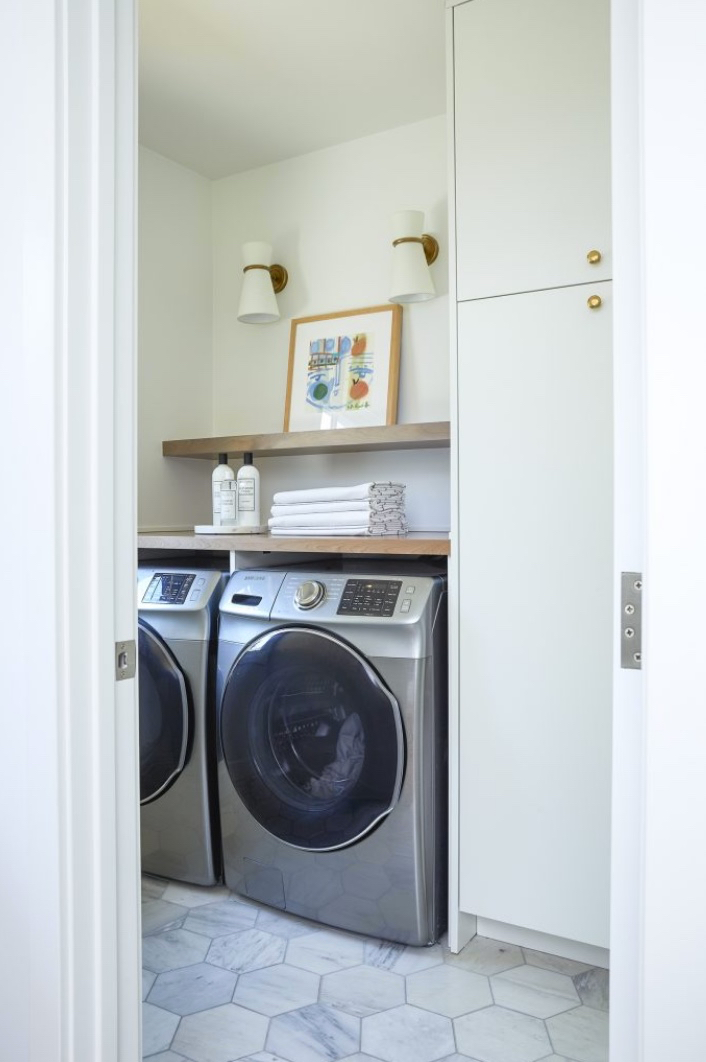 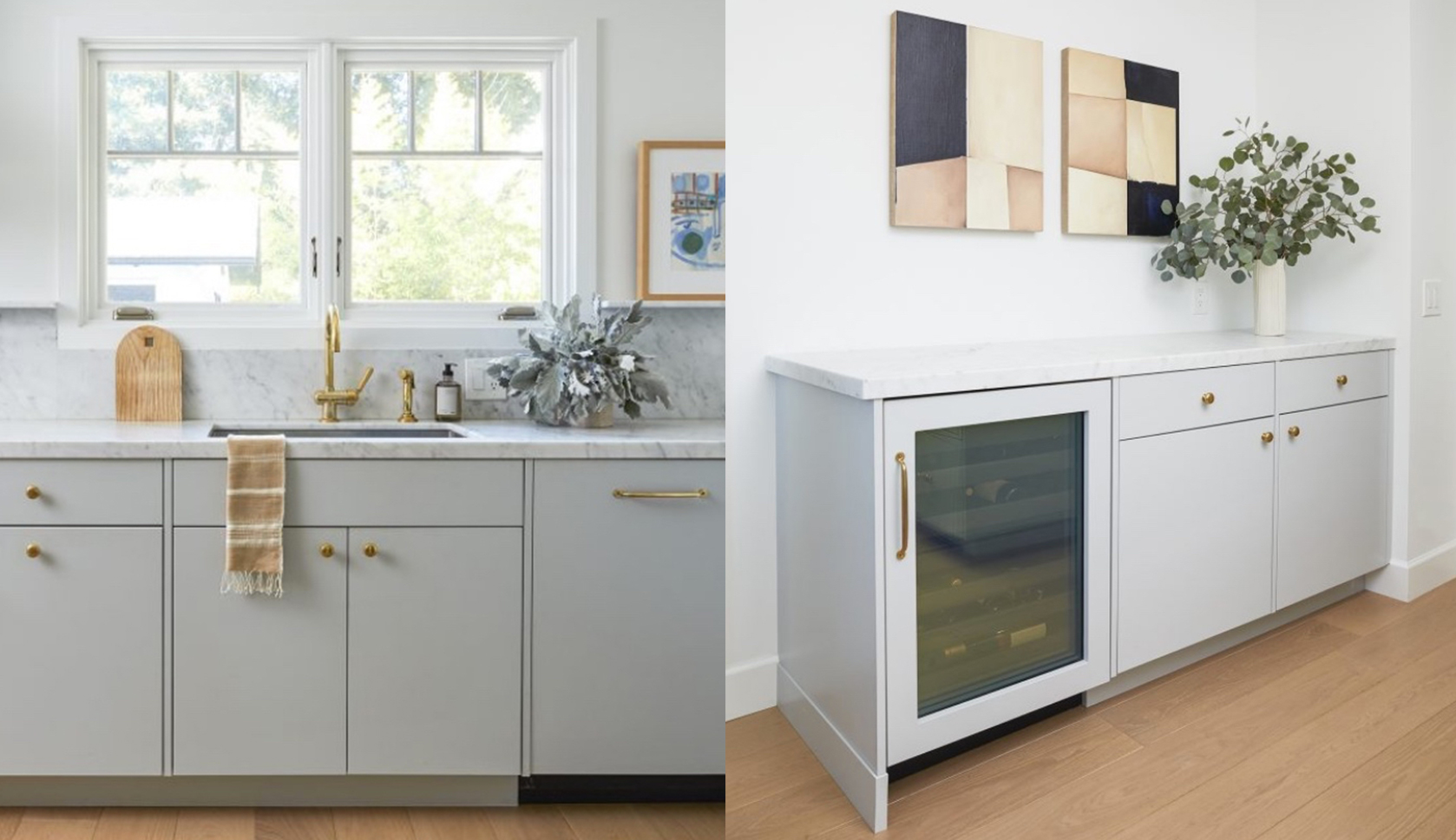 When interior designer Elizabeth Lawson was contacted by a client to redesign her kitchen space, it was under slightly different parameters than usual: while the designer is based in Maryland, her client’s home is in Palo Alto, CA. This meant that Elizabeth had to work with a few new vendors in the Bay Area including the flooring and cabinet companies.

The original kitchen wasn’t in bad shape but it certainly didn’t have a cohesive concept. The layout was awkwardly configured with plenty of angles and unused space. Beginning with a completely blank slate, Elizabeth was able to transform it according to their needs, repurposing an empty corner into a laundry room and incorporating an unused guest room closet into the kitchen’s newly functional layout. “As the space wasn’t huge,” she recalled, “we decided to give her a custom island on wheels that could be moved out of the way.”

As for the aesthetic direction, Elizabeth had to gage her client’s personal style from the rest of her home: clean, minimal, and transitional. A big fan of marble, she made sure to select Carrara marble countertops that paired beautifully with the light blue/gray cabinetry. The Carrara doesn’t just cover the horizontal surface but also goes all the way up as a backsplash and a mini ledge along the back of the stove and sink area to place smaller objects on. Because her client wanted a bright and open space, she opted out of upper cabinetry.

But the ‘devil is in the details’, as they say; it was Elizabeth’s selection of the right fixtures, lighting, and hardware that tied the whole space together. “I had my heart set on using these flush mount fixtures from Urban Electric,” the designer shared. “The space wasn’t large enough to accommodate pendant lighting, so we needed something to give the space some personality.” To go with the lighting she chose brass hardware and a Waterworks faucet.

Given their distance apart, it’s impressive that such a large transformation happened without a hitch. “We worked very closely with the client on the design throughout that time,” Elizabeth said. “So she saw the progress, but was still thrilled with the end result.” 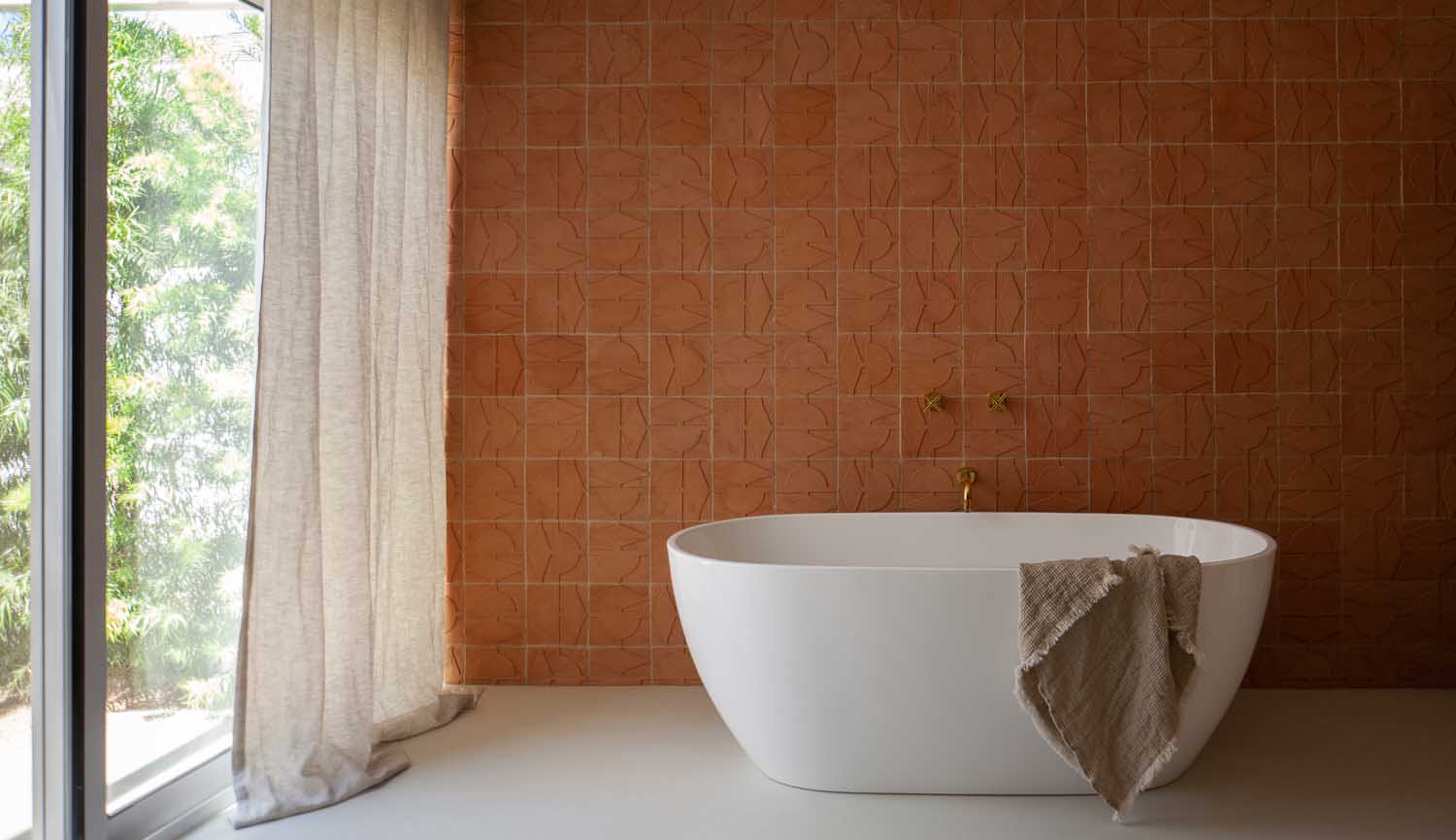 Home Tours / June 9, 2021 A Modern + Minimal Home in Costa Mesa, CA
One of the most important elements in this home’s design was the budget.  Shannon McLaren of Prairie Interiors was... 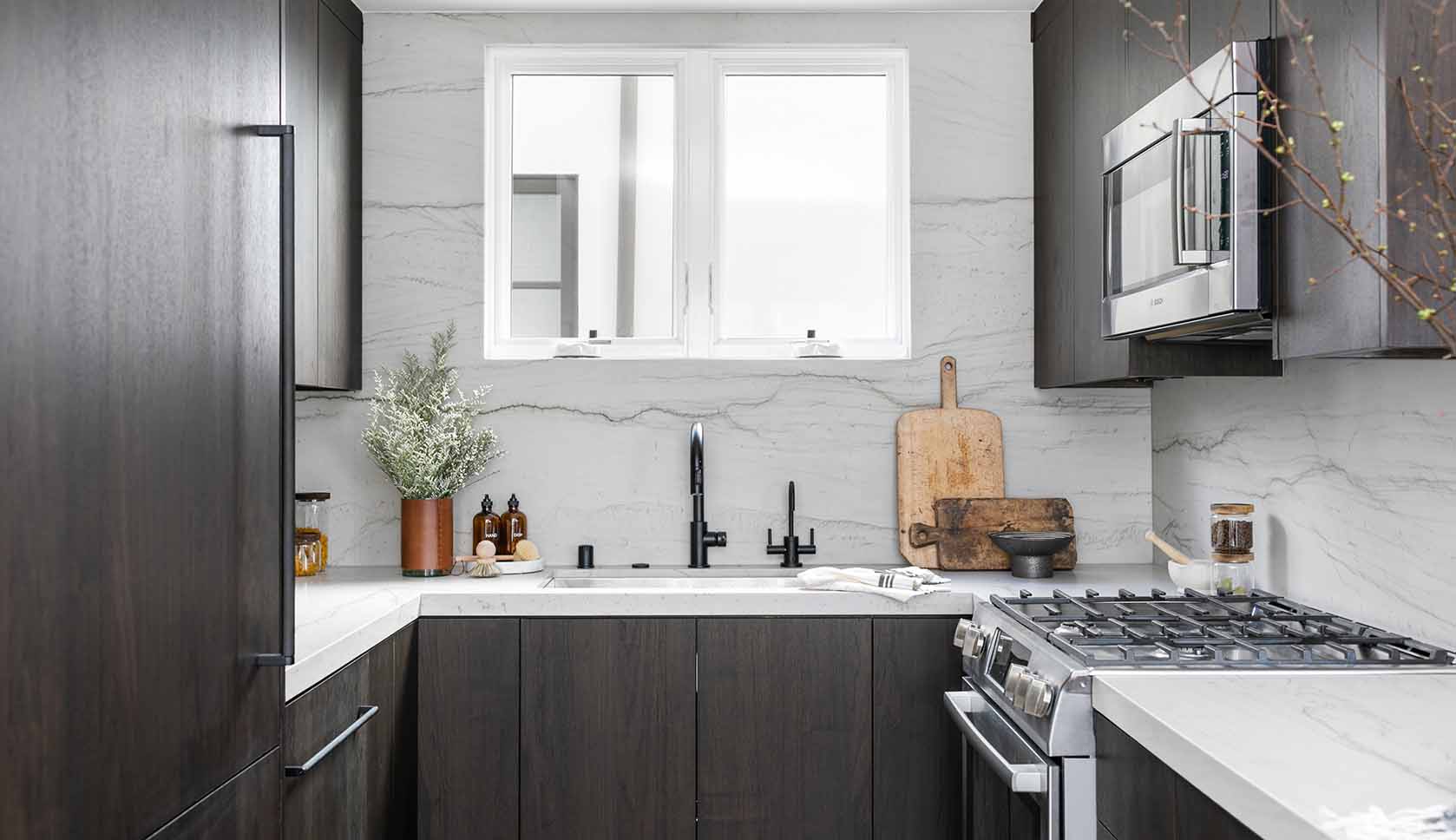 Home Tours / June 3, 2021 From Builder Grade to Luxe: JZ Interior Designs Transforms a Corona Del Mar Bachelor Pad
Jamie Zehner, the creative behind JZ Interior Designs, was tasked with taking a basic white box and transforming it into a... 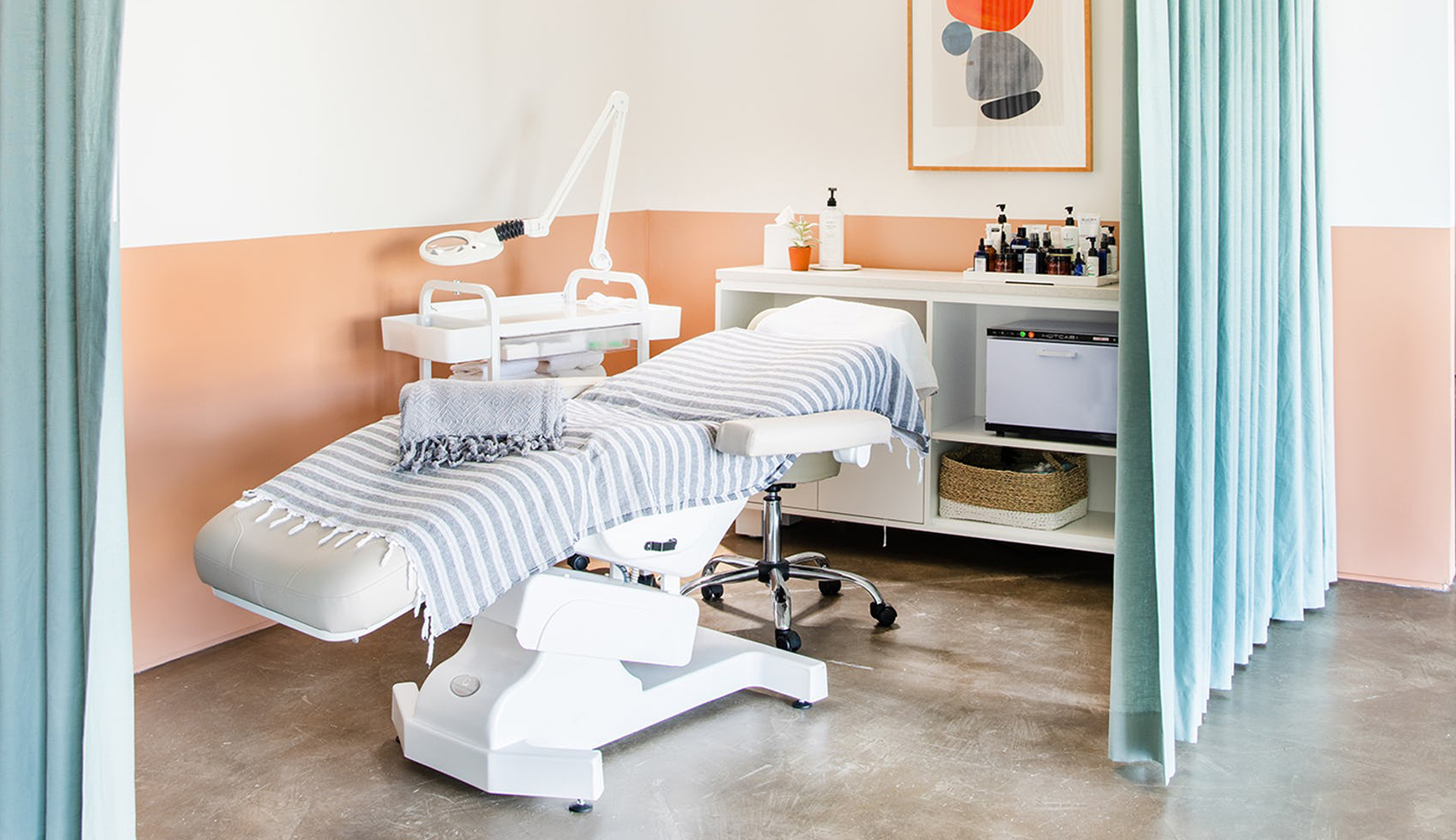 We love a good makeover as much as the next person, but it can be so inspiring to see what...