A Glamorous Bathroom Remodel in LA 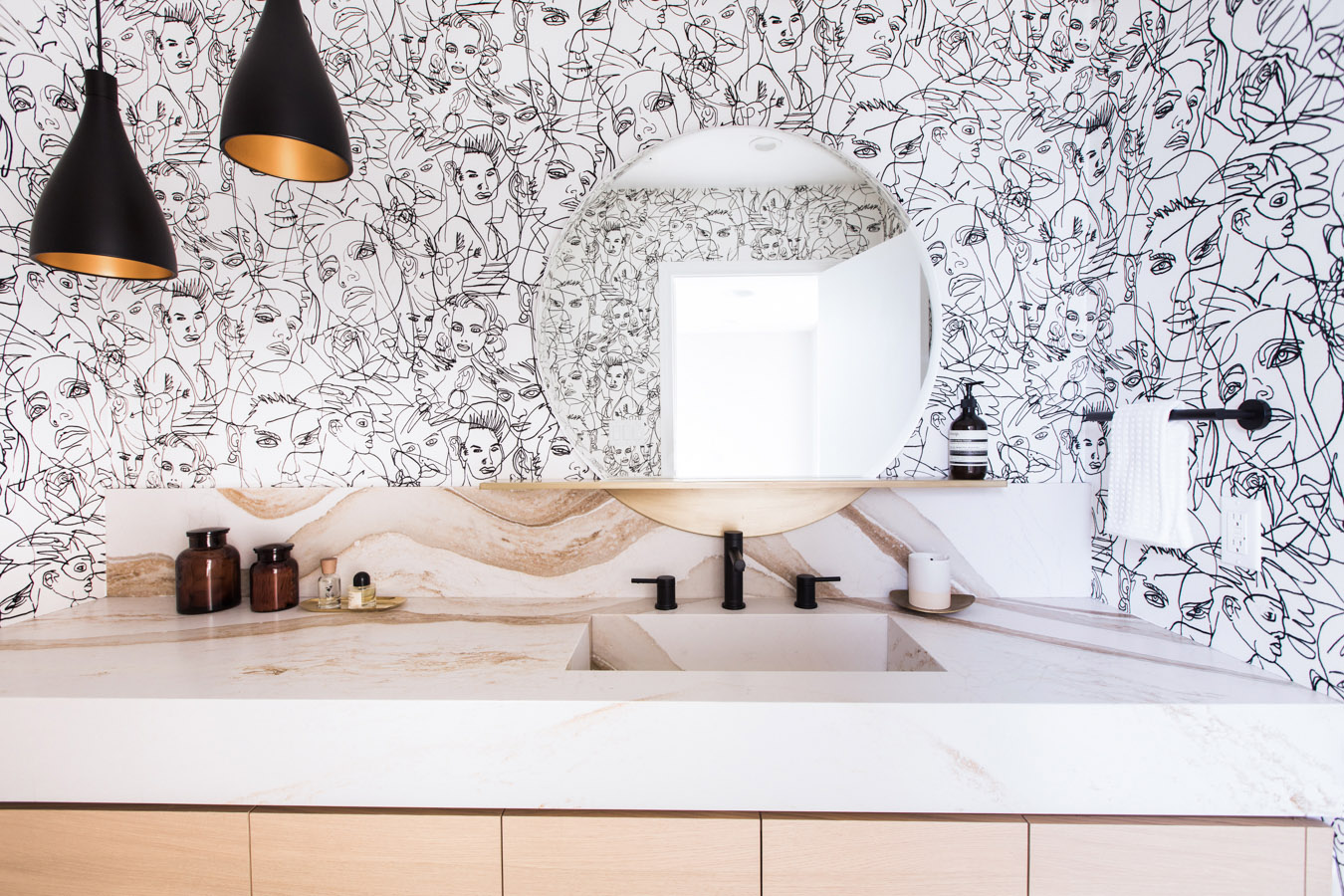 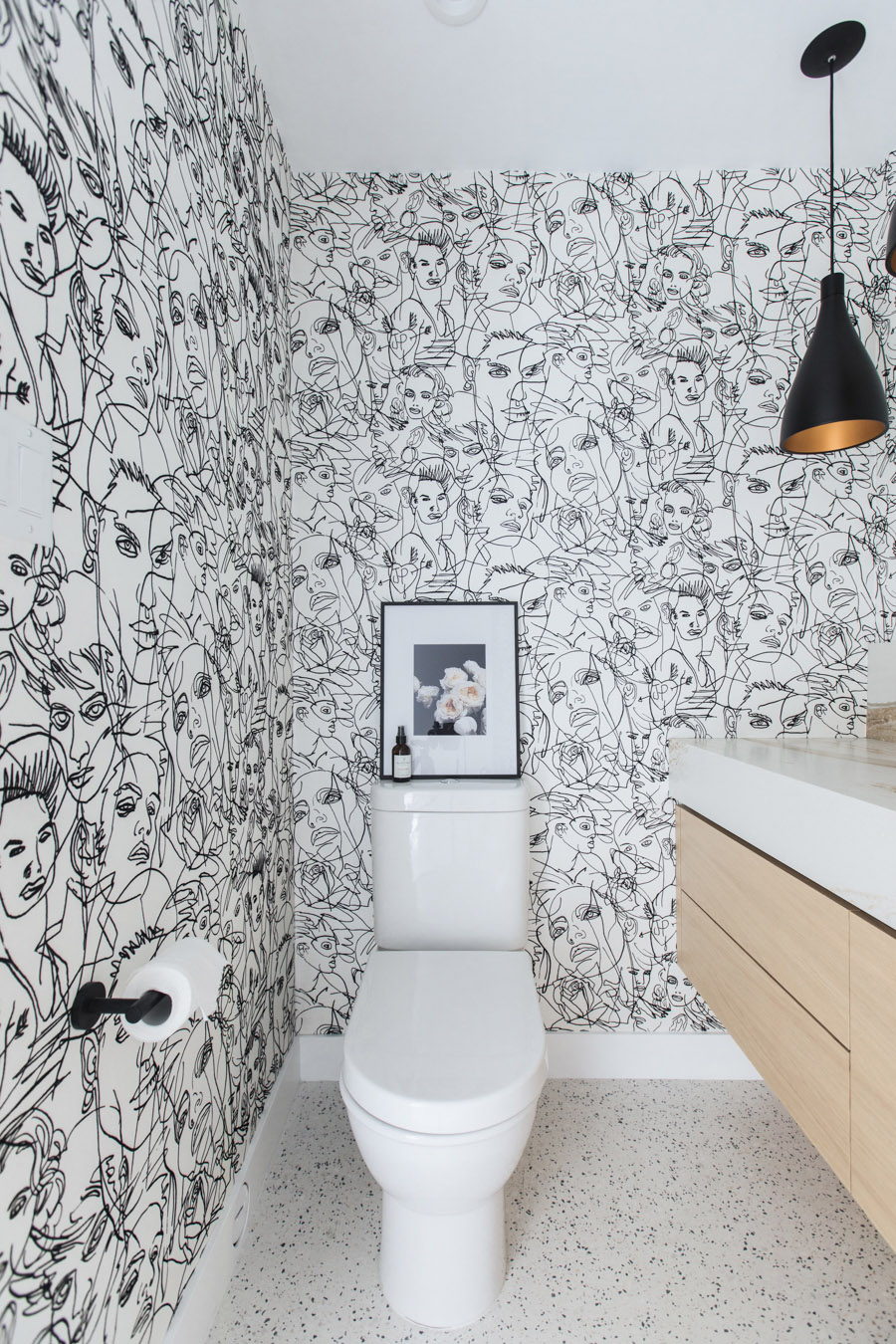 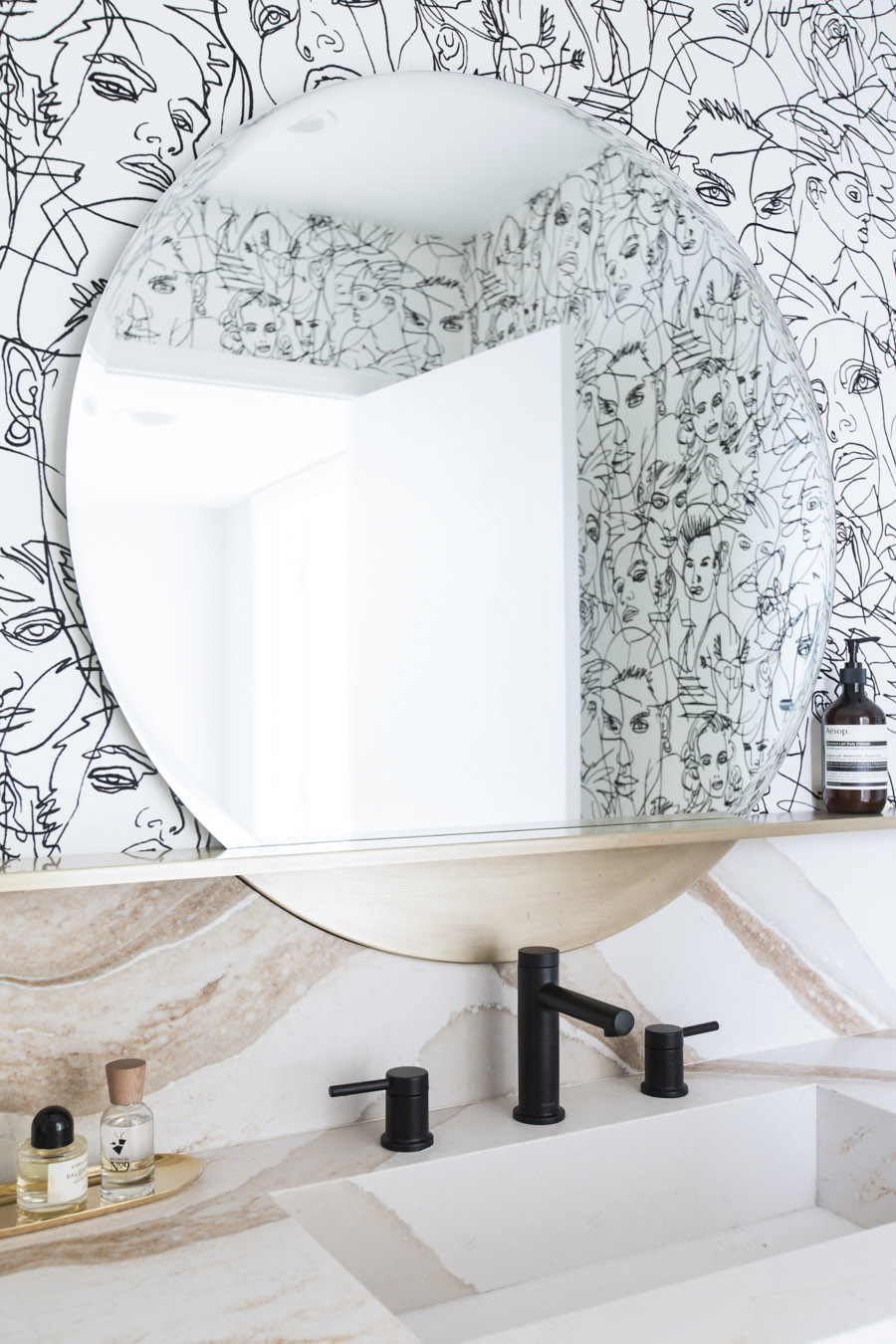 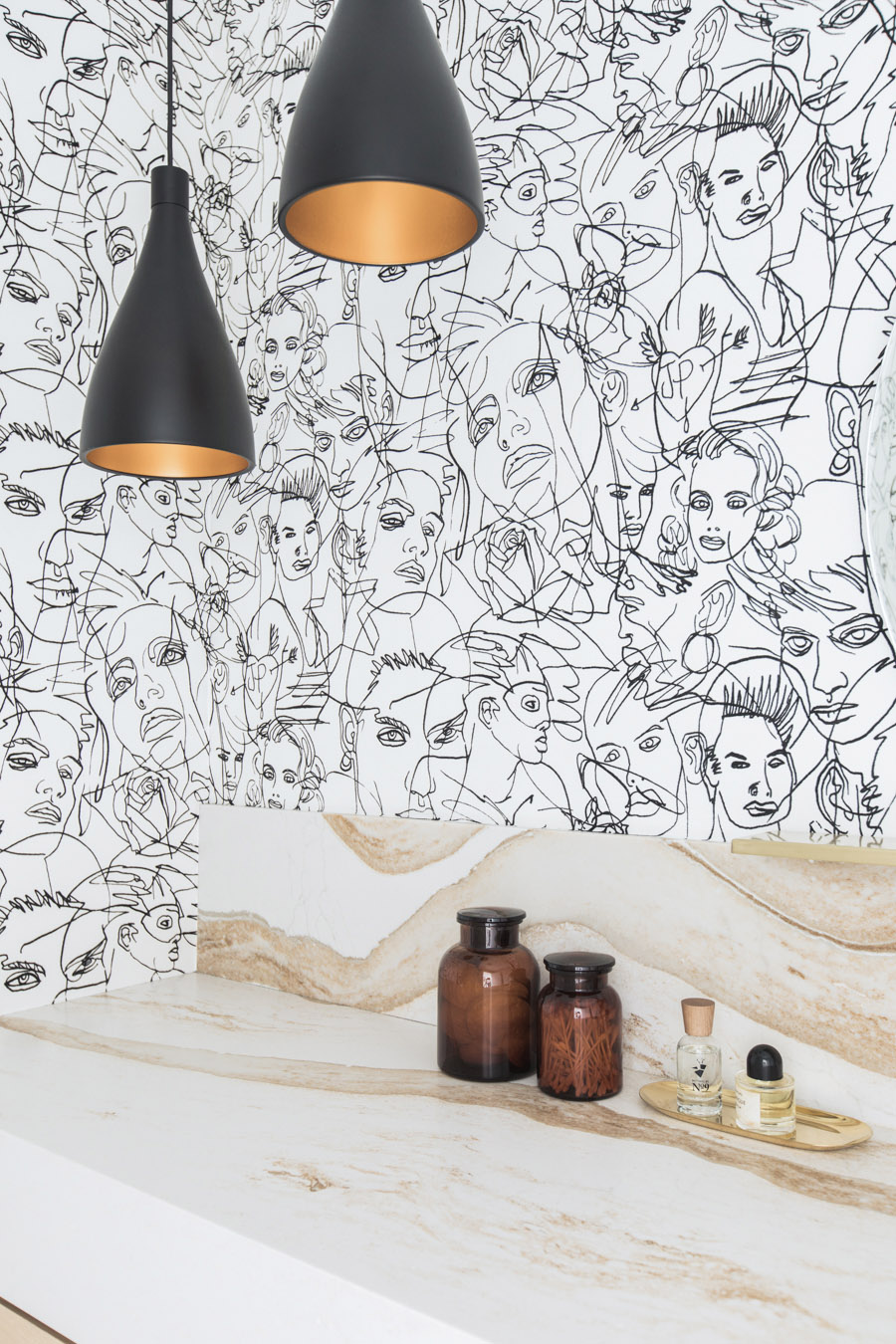 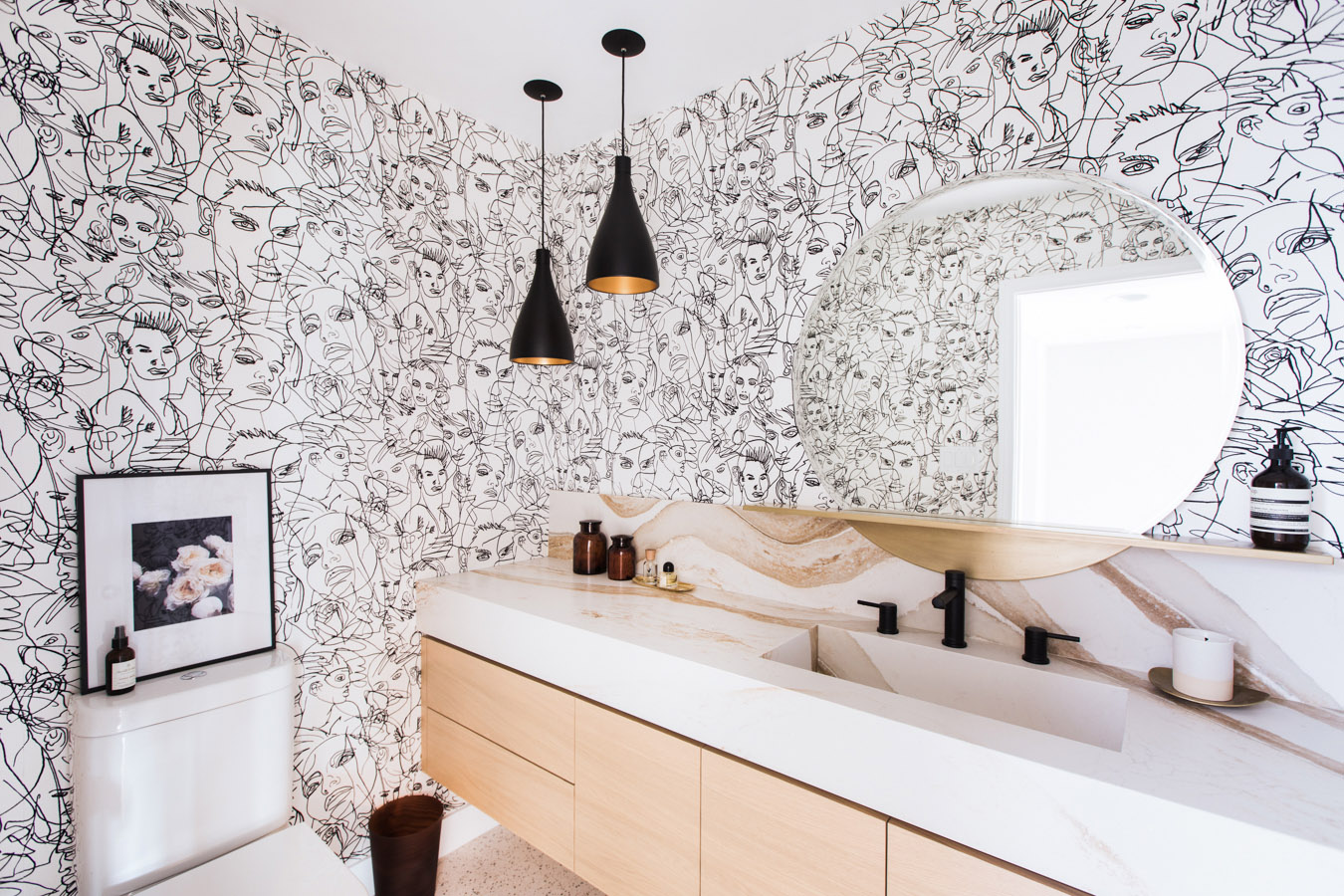 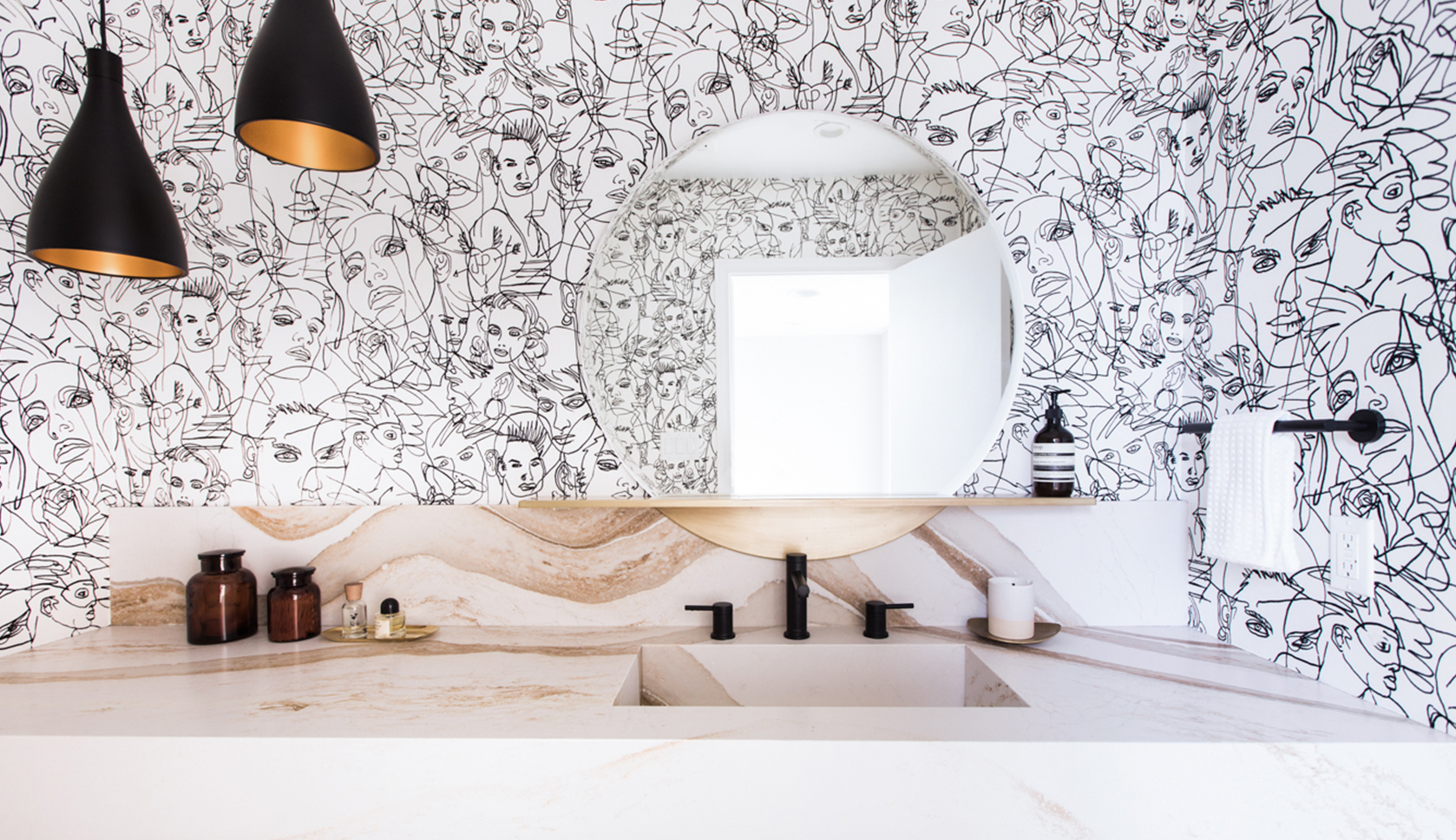 This re-designed bathroom was a labor of love and an ode to many mothers that put everyone else ahead of themselves in their family. Christy, a mother of three kids, and her husband had purchased a mid-century ranch-style home in the hills above Los Angeles and had slowly gone through renovating every room in the house one by one. When it finally came time to do her own bathroom which doubled as a guest bathroom, she wanted to be sure that it pushed the envelope as well as integrated well within the overall design scheme of the home. She knew the perfect designers for the job: Anne Sage and Caroline Lee of Light Lab.

“Christy, had done what so many moms would do,” Anne said, “she focused on the common family spaces, as well as the bathrooms used by her three kids and her husband, before thinking about creating a space for herself!” Now, it was her turn. The idea was to take a narrow space that had an oversized dark wood vanity and turn it into a sanctuary for her. “When Christy first approached us and we were throwing around ideas for the powder room, it became clear that a statement-making wallpaper should be our starting point for the design,” Caroline explained. “We ordered samples of about 75 wallpapers before narrowing it down to three that we presented to Christy, and this flocked velvet design by Jean Paul Gaulthier was the clear winner.”

The subtle sheen of the wallpaper gave the space a hint of glamor, but there was a concern on how to protect it from any drops of water. “To protect the paper from water damage, we made sure that our backsplash was plenty high,” the designers said. It’s undeniable that the integrated sink, counter, and backsplash, all made from Cambria’s Britannica Gold is the showstopping feature of the bathroom. Highly resilient, water and cosmetics could be easily wiped away without harming the natural stone. “We also made the integrated sink 24” x 12”, somewhat longer and narrower than is standard, so that Christy could have a sizeable basin for washing,” Anne said.

The high backsplash, although a beautiful feature, created some concern for the placement of the Perch Round Mirror from CB2. “Anne was noodling over the problem while she lay awake at 2am, and a lightbulb went off in her head: why not ask the Cambria fabricator to cut the stone so that the mirror could fit into the backsplash, with the shelf fitted snugly over the top of it?” Caroline shared. The outcome was an extremely elegant and custom looking vanity, where all of the different components fit seamlessly together. “Needless to say, Christy was beyond happy to have her bathroom back at the end of the day— and she’s thrilled with the result,” Anne said. 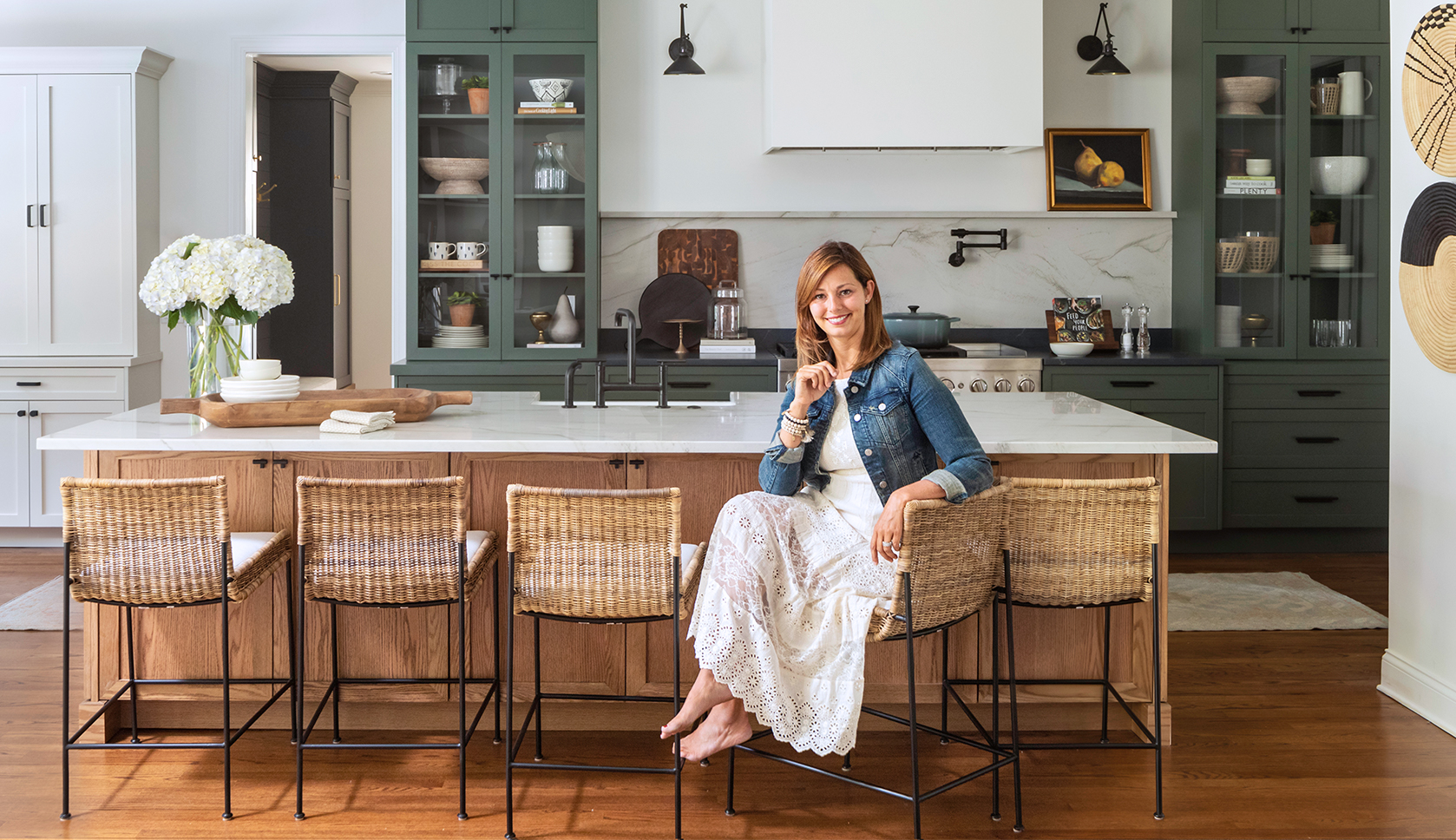 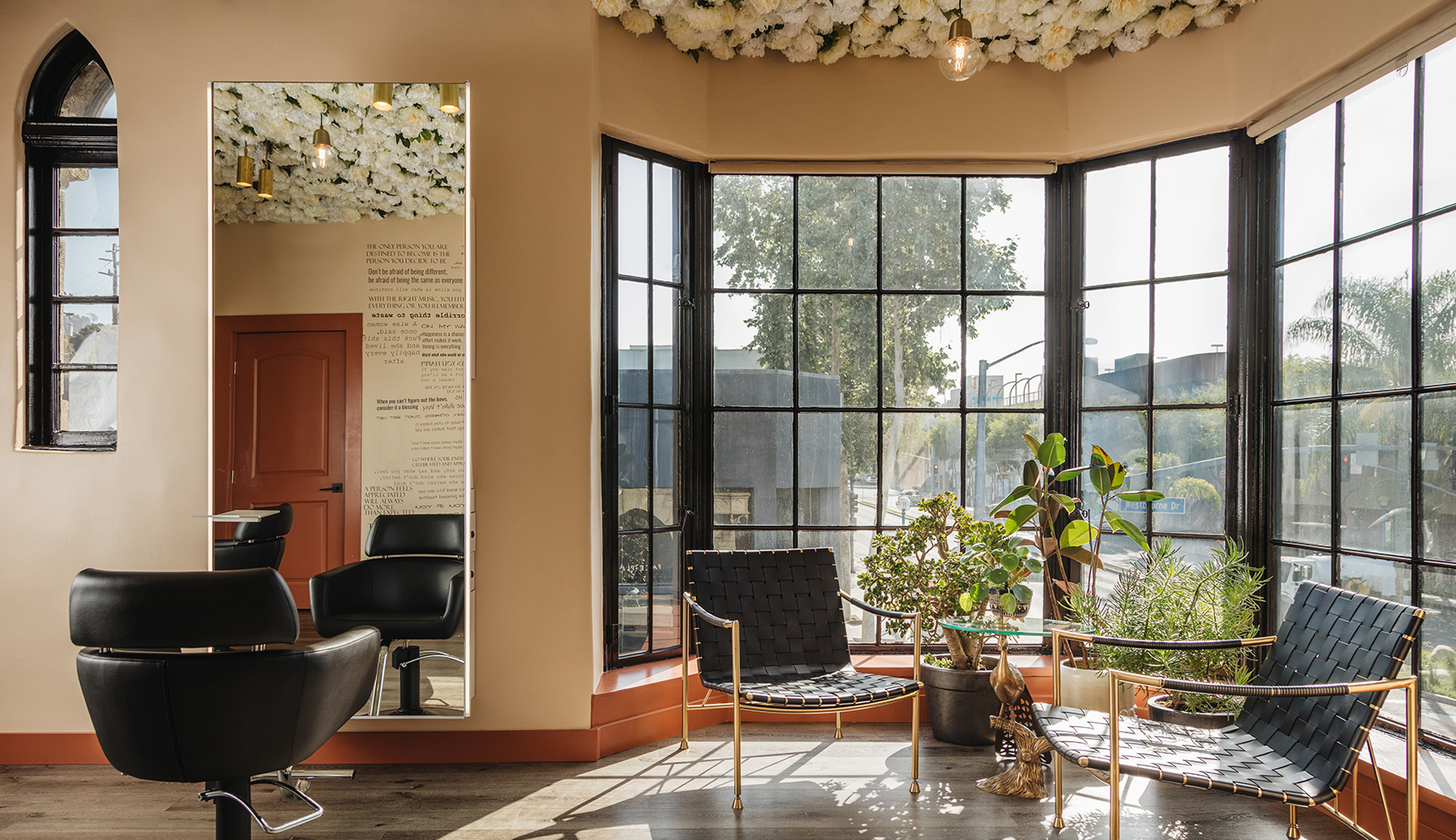 Home Tours / September 29, 2020 Nine Zero One Salon in Los Angeles
Celebrity hairstylists and entrepreneurs Nikki Lee and Riawna Capri have been important figures in the hair scene for quite... 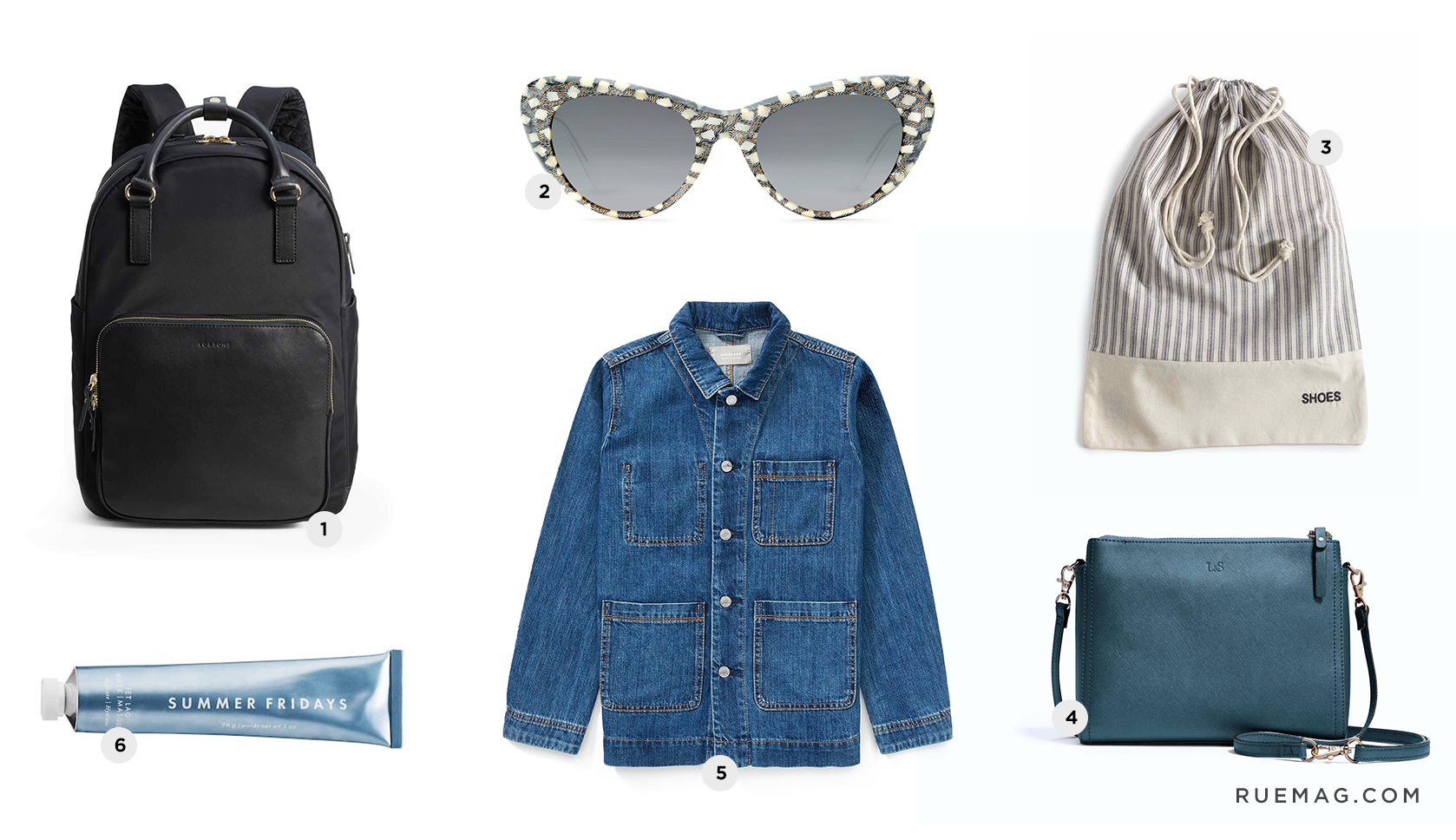