A Pre-War Apartment Gets Restored in the West Village 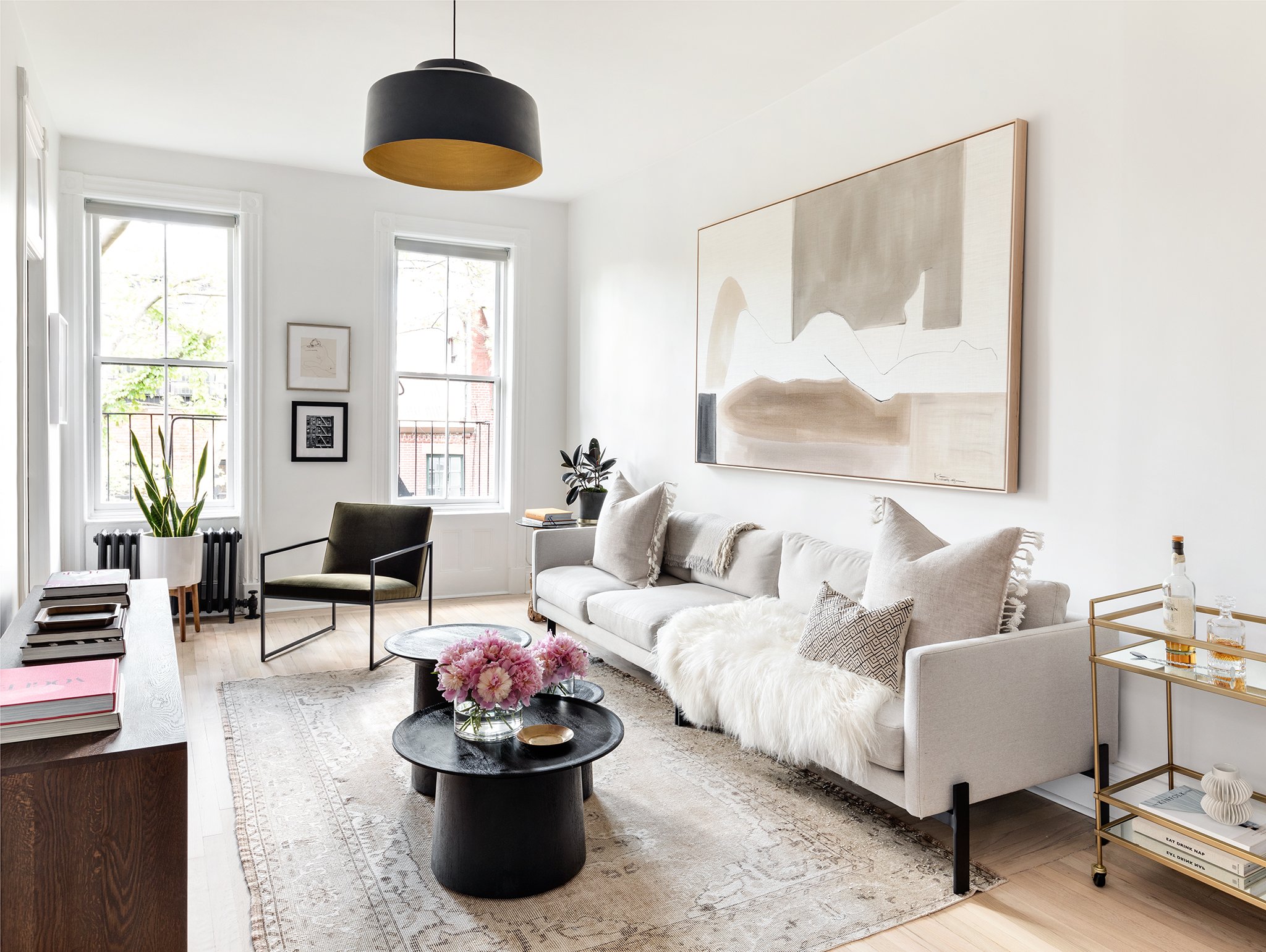 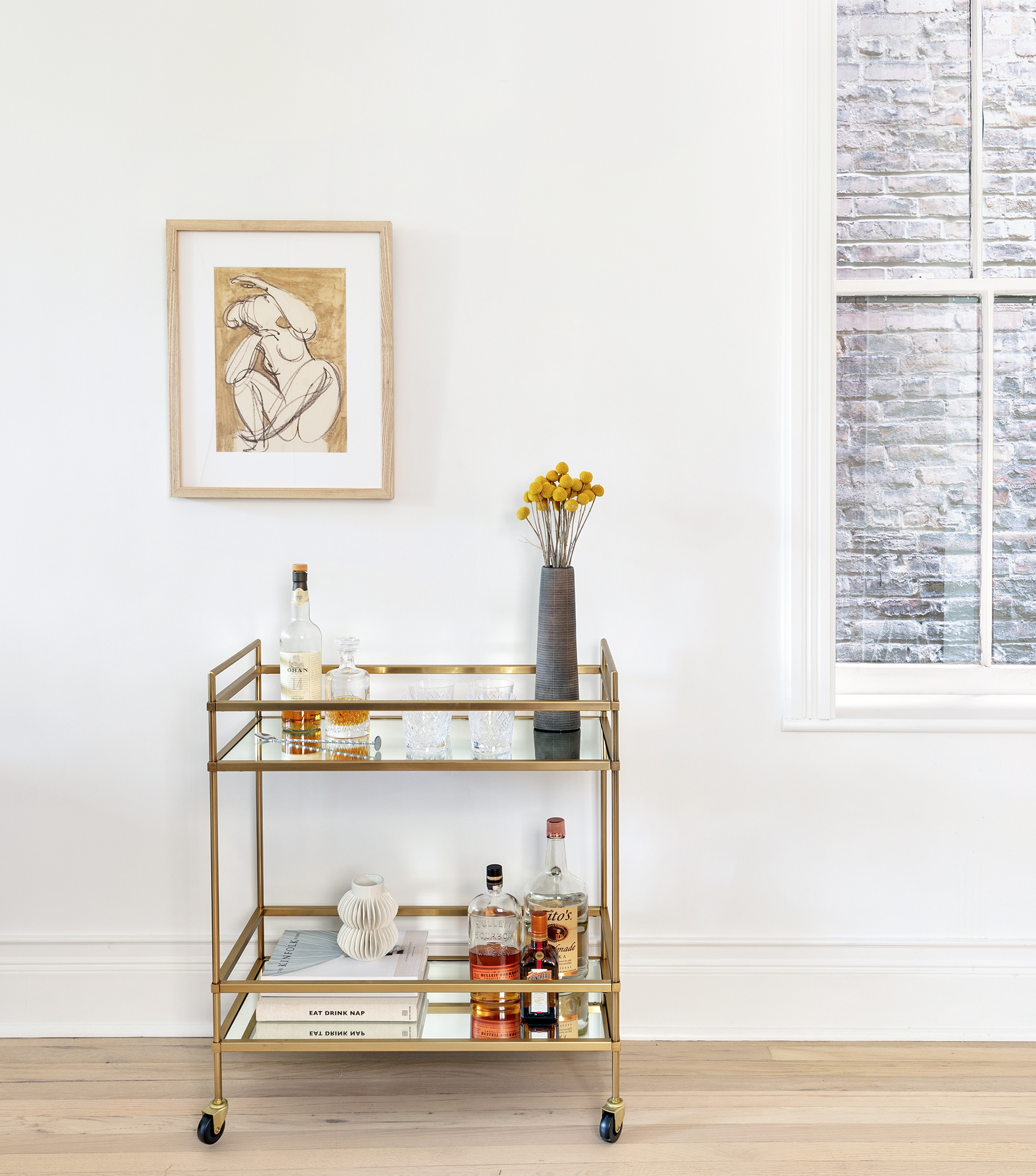 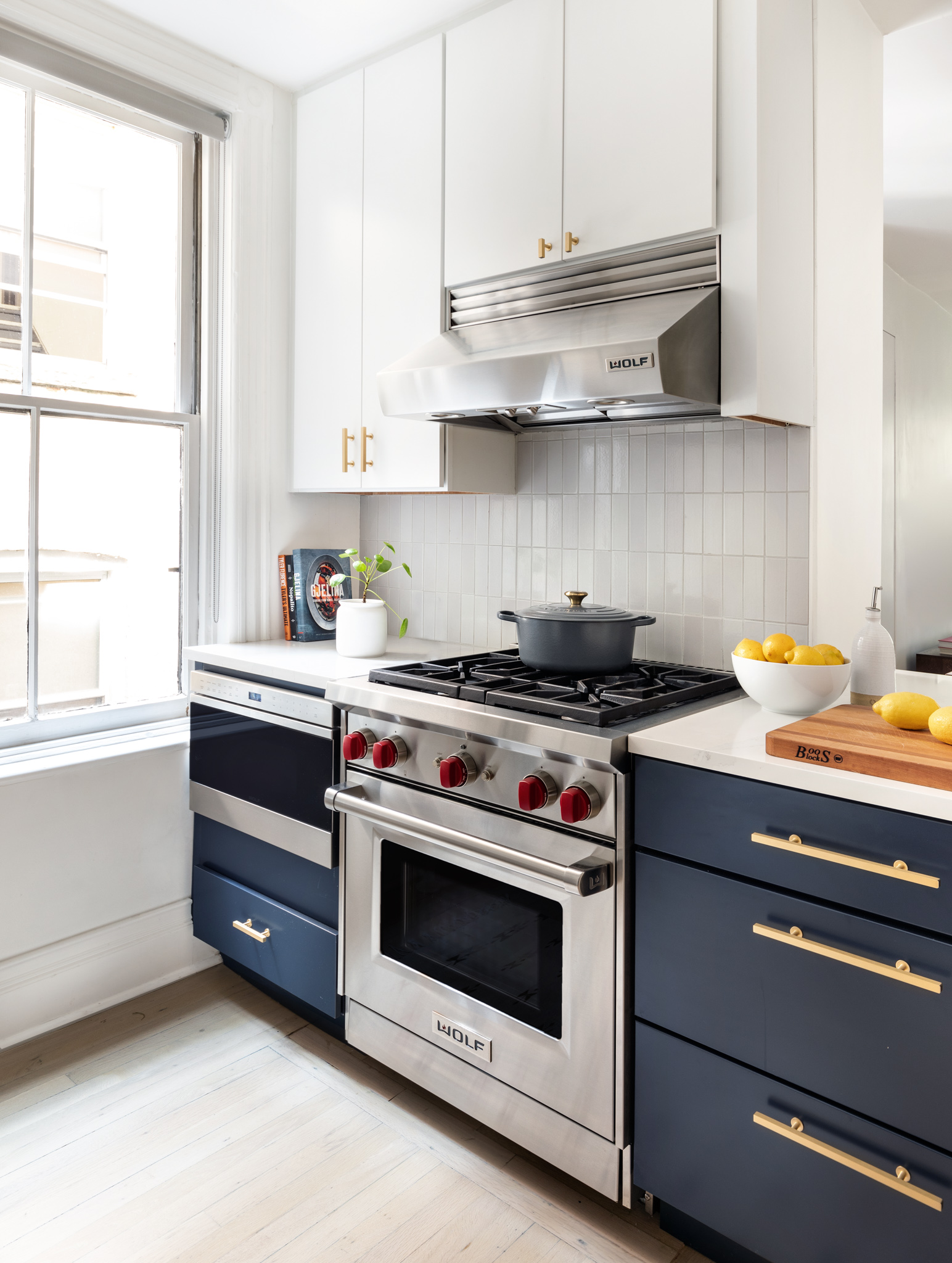 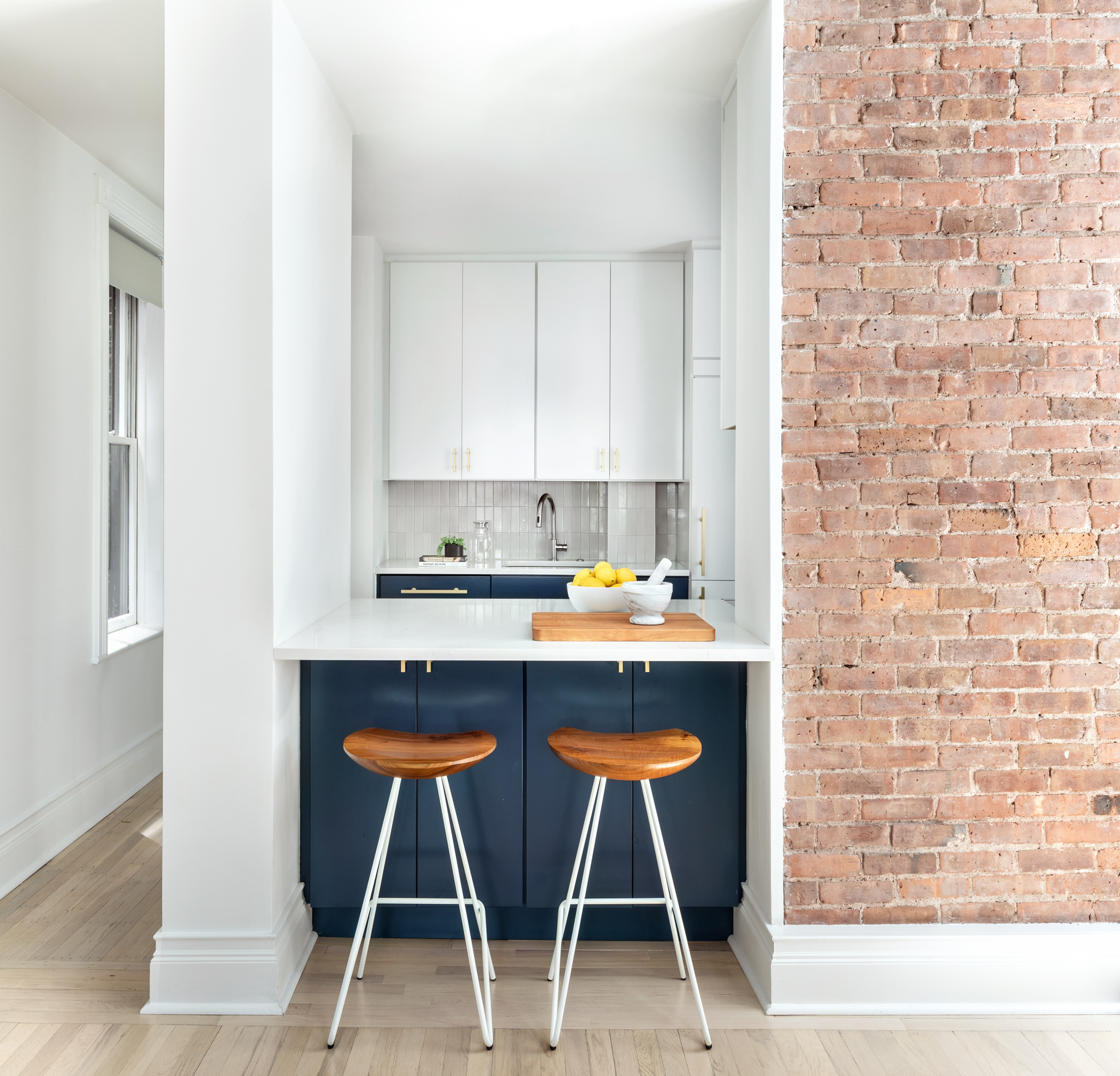 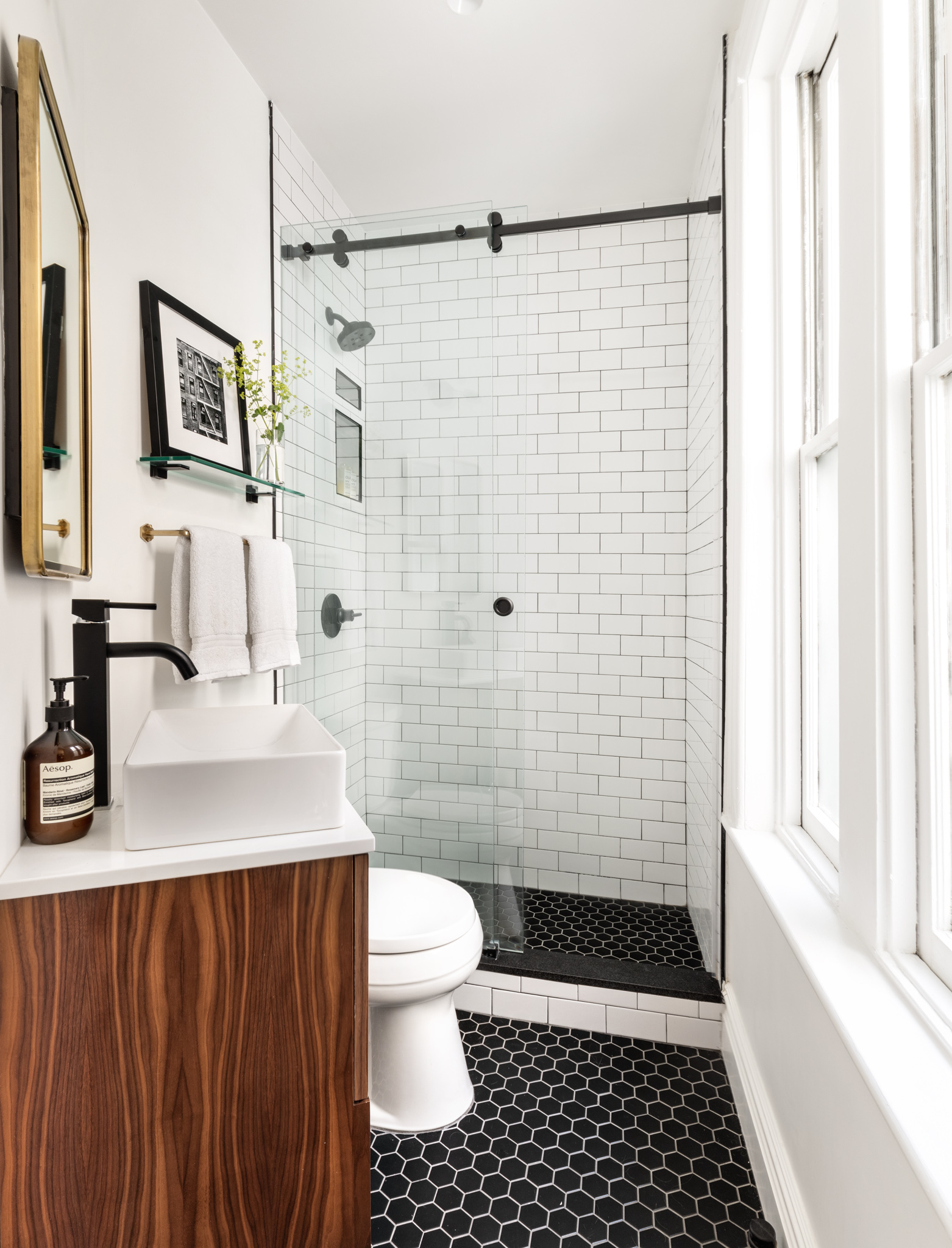 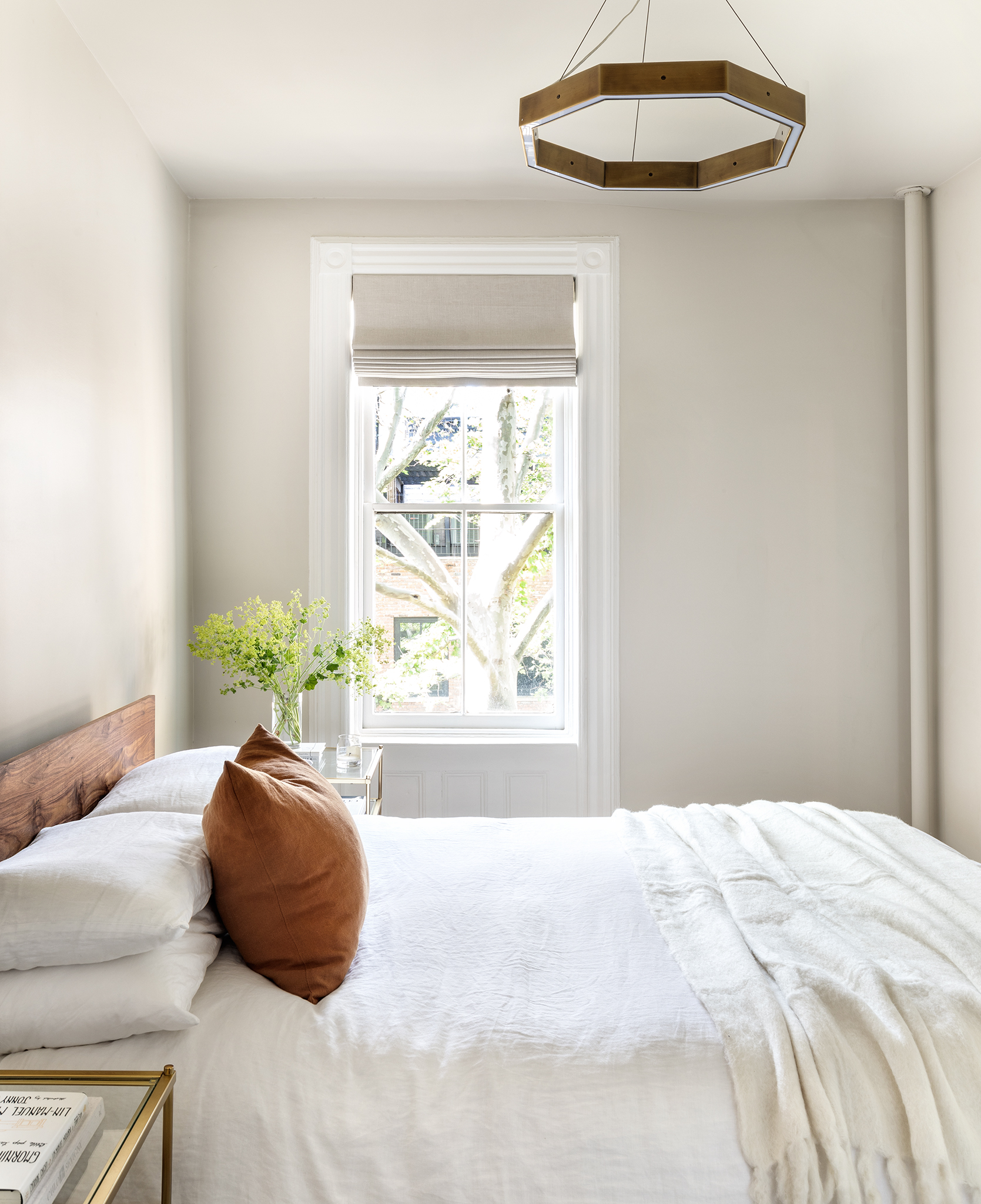 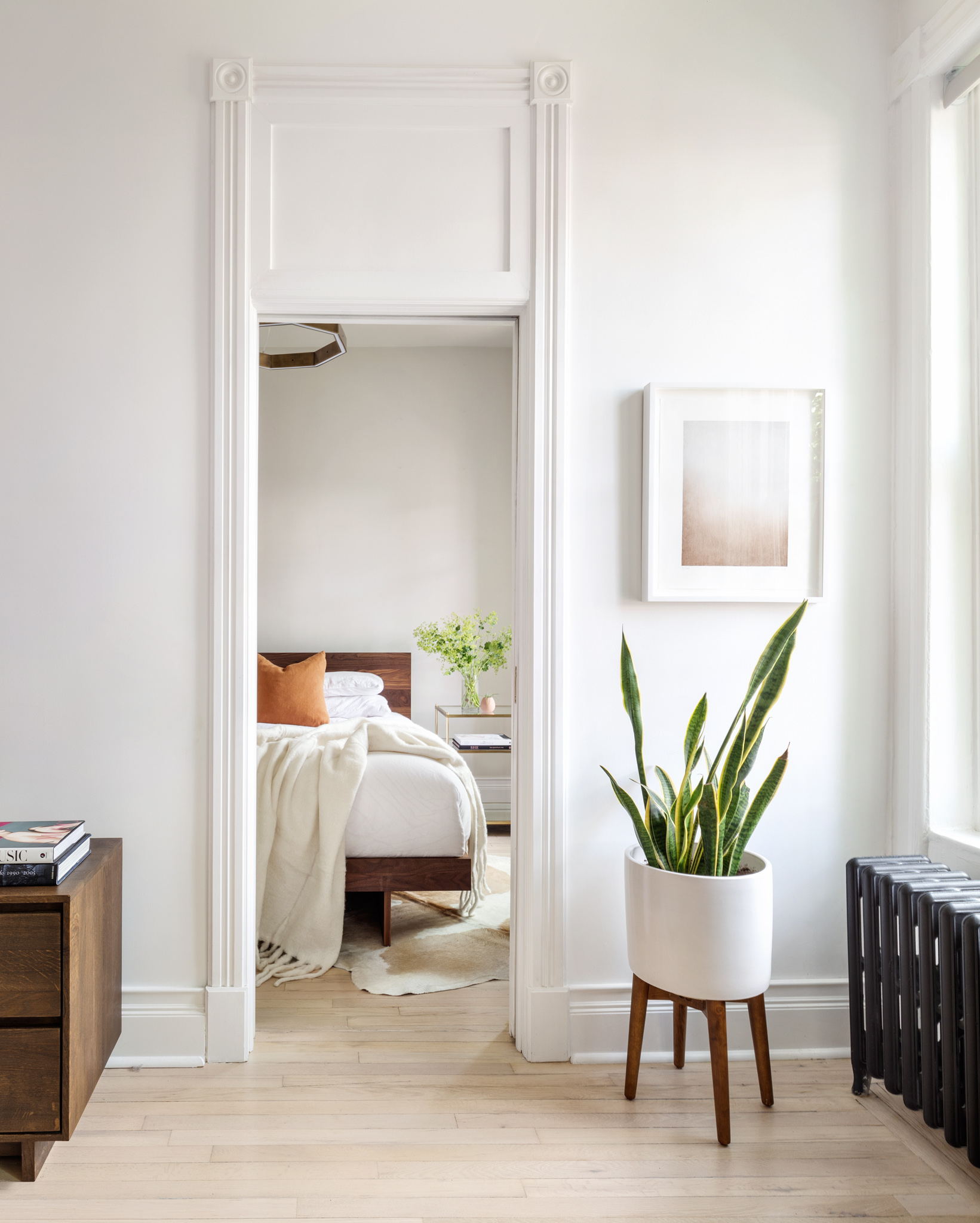 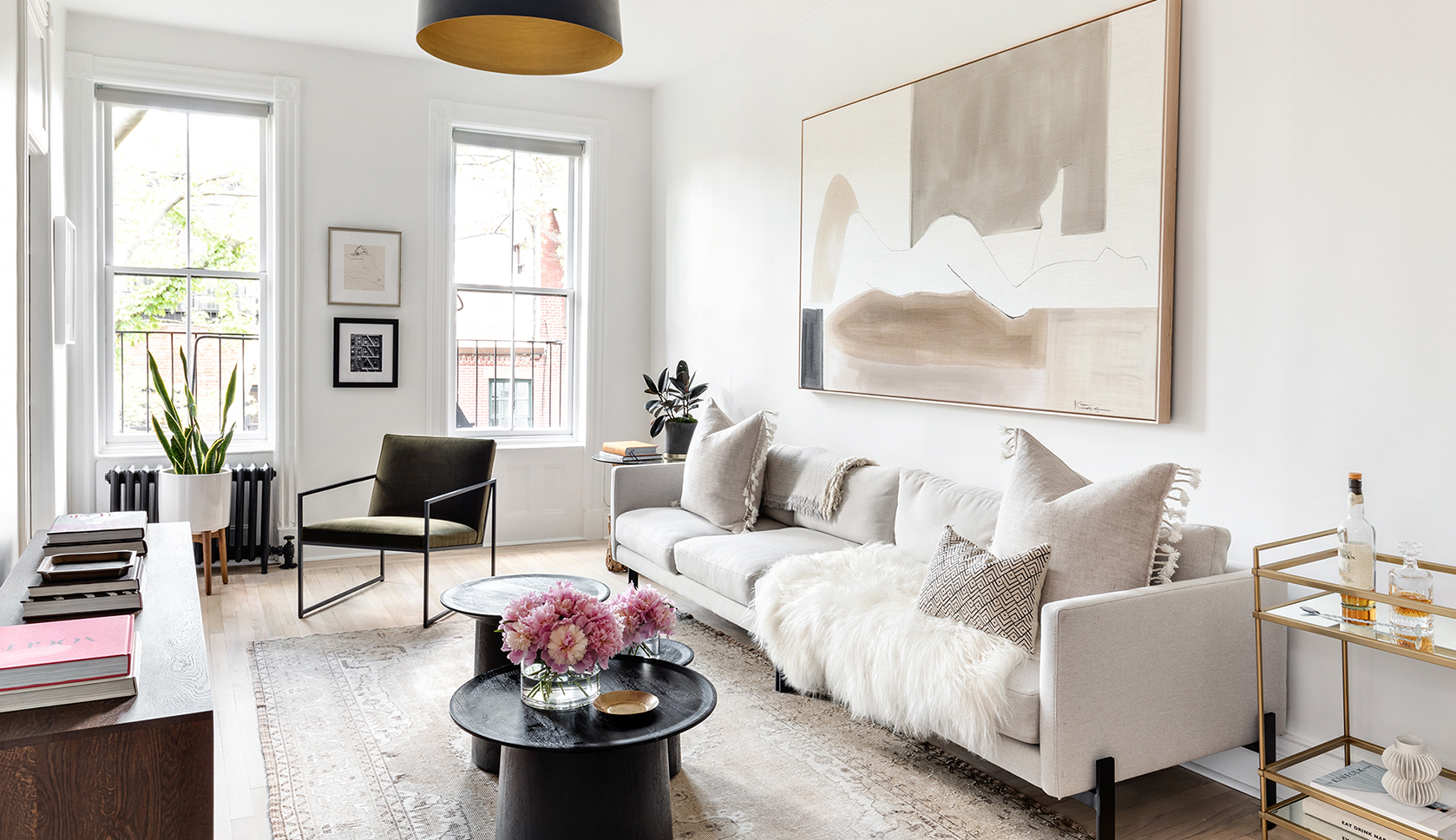 Everyone who has ever been to New York City knows that space is limited. When Emily Sklar and Julie Martin found a charming 650 square foot apartment built in 1910 in the West Village they knew that it had potential, but it needed some help maximizing every square inch that it had. It hadn’t been renovated in over 30 years, so they reached out to interior designer Gabriela Gargano of Grisoro Designs to make it their own: most notably make it a space to entertain in, and, what every New Yorker wants, give it more storage space.

The apartment had two small bedrooms and one bathroom – the first thing that Gabriela did was suggest to take out one bedroom to make the master more spacious with a large walk-in closet. The kitchen was another tricky space to reconfigure: they wanted an open chef’s kitchen which wasn’t completely attainable because of the support beam running along it. “We incorporated the beam into a partial wall to frame a cut out from the kitchen into the dining room,” Gabriela shared. “This allowed us to add shelving on one side of the wall for a bookcase, and also a slim row of cabinets facing the dining room to store glasses and barware.” To increase storage, she decided to use the ceiling height to her advantage and run semi-custom made cabinets by Kraftmaid Cabinets all the way up.

The other design direction that Emily and Julie gave Gabriela was that they didn’t want to strip away their apartment’s original historical charm and turn it into an insipid white box. “The renovation focused on preserving and enhancing the original elements, but the furnishings allowed us to bring in a modern aesthetic,” the designer said. “To brighten the space up, we kept the original floors but did a bleaching and whitewash process, and then incorporated walnut tones for warmth, as well as black and brass fittings for a fresh, yet classic update.” They restored the moldings and even created a pocket door that imitated the original ones to allow for a console in the living room.

When it came to materials, Gabriela’s selection was about budget and longevity. “We wanted to make the changes needed but had a fixed budget, so we focused on maximizing impact without added costs,” she said. “Our vision was to blend the old with the new, but in a way that felt fresh, yet timeless.” In the bathroom, for example, she chose an inexpensive historic white subway tile for the wall and black hex tile for the floor. They then splurged on a glass shower enclosure to brighten the space up and a custom walnut vanity to add warmth. Gabriela included key contemporary elements to round out the home: handmade tile from Fireclay for the kitchen backsplash, lighting from Lambert & Fils and Brendan Ravenhill, a custom sofa from TRNK, a velvet living room chair from Room & Board, and a large scale figure painting from NG Collective.

In just five months Gabriela took a dark small apartment in lower Manhattan and made it into a bright and airy comfortable space for her two clients. “They were thrilled with the outcome and felt it truly represented their style,” she said, “As well as the history of this charming, pre-war West Village townhouse.” 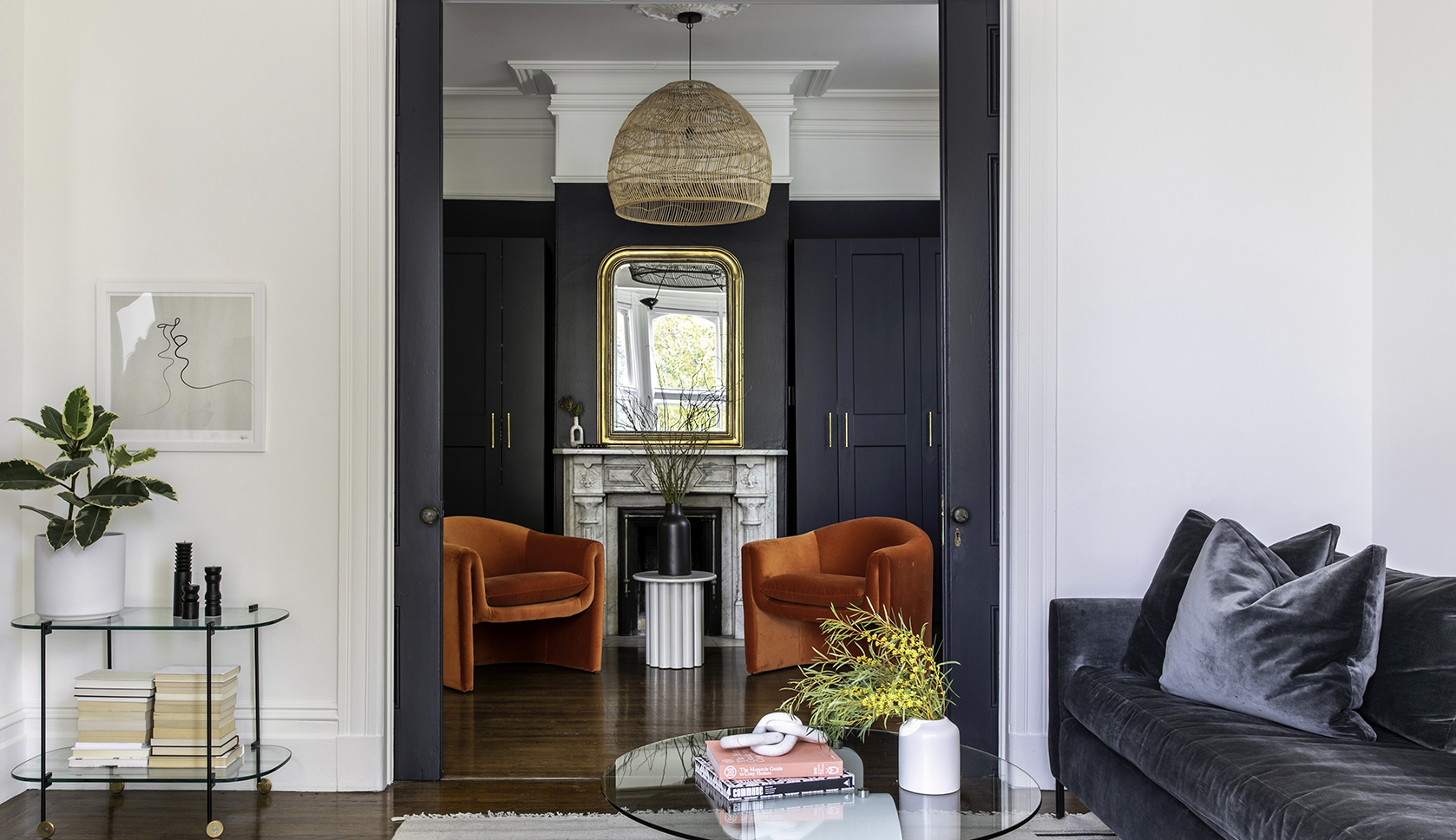 Home Tours / March 8, 2021 Clean, Modern, and a Pop of Color in San Francisco’s Mission District
For Caitlin and Sean, a young San Francisco couple, their first home purchase together was a bit overwhelming. "They... 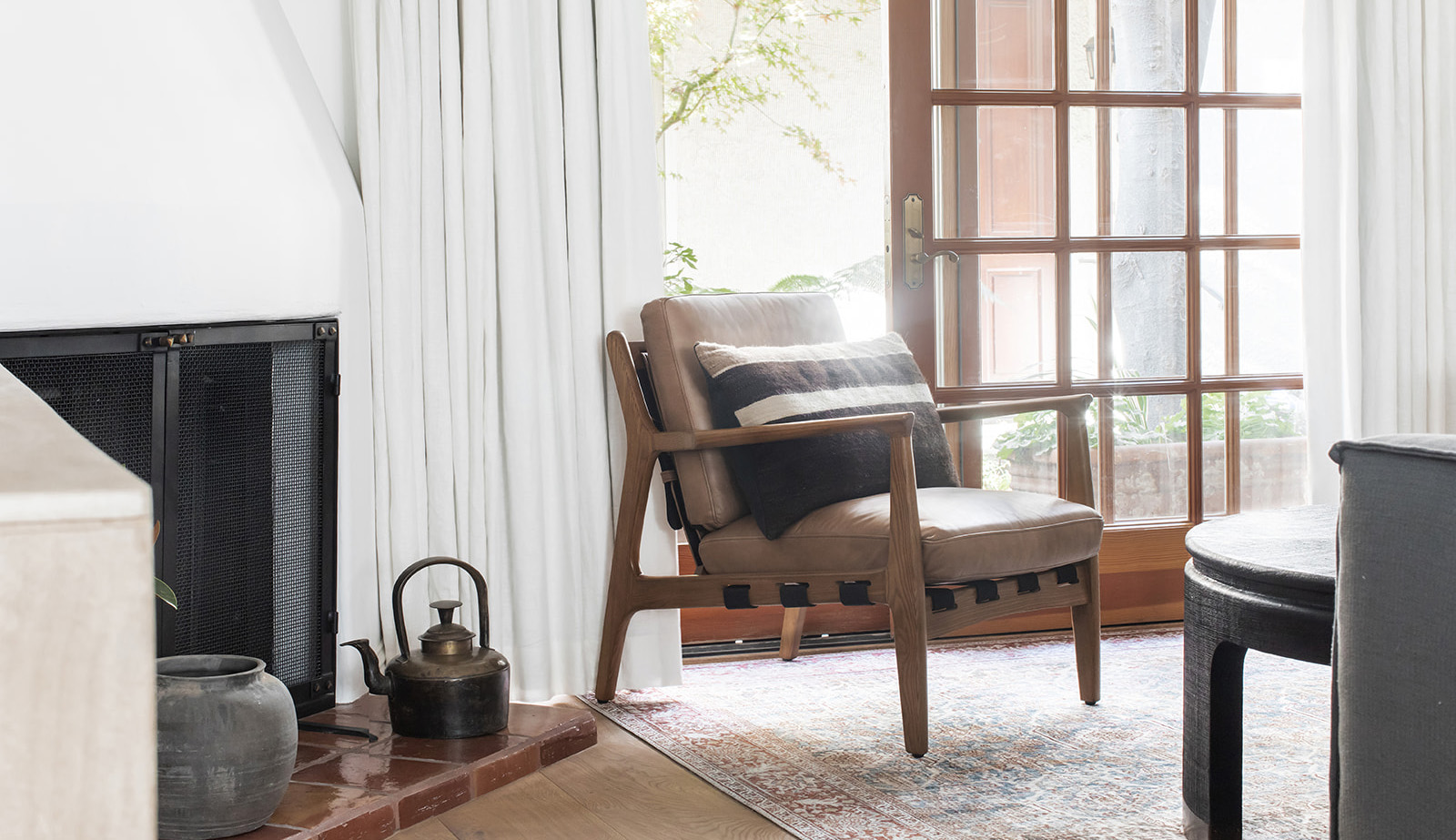 Home Tours / March 4, 2021 A Modern Spanish-Style Santa Monica Home by Carly Waters
Categorically, a house flood is a bad thing. However, for one California family, they saw it as a blessing in disguise.... 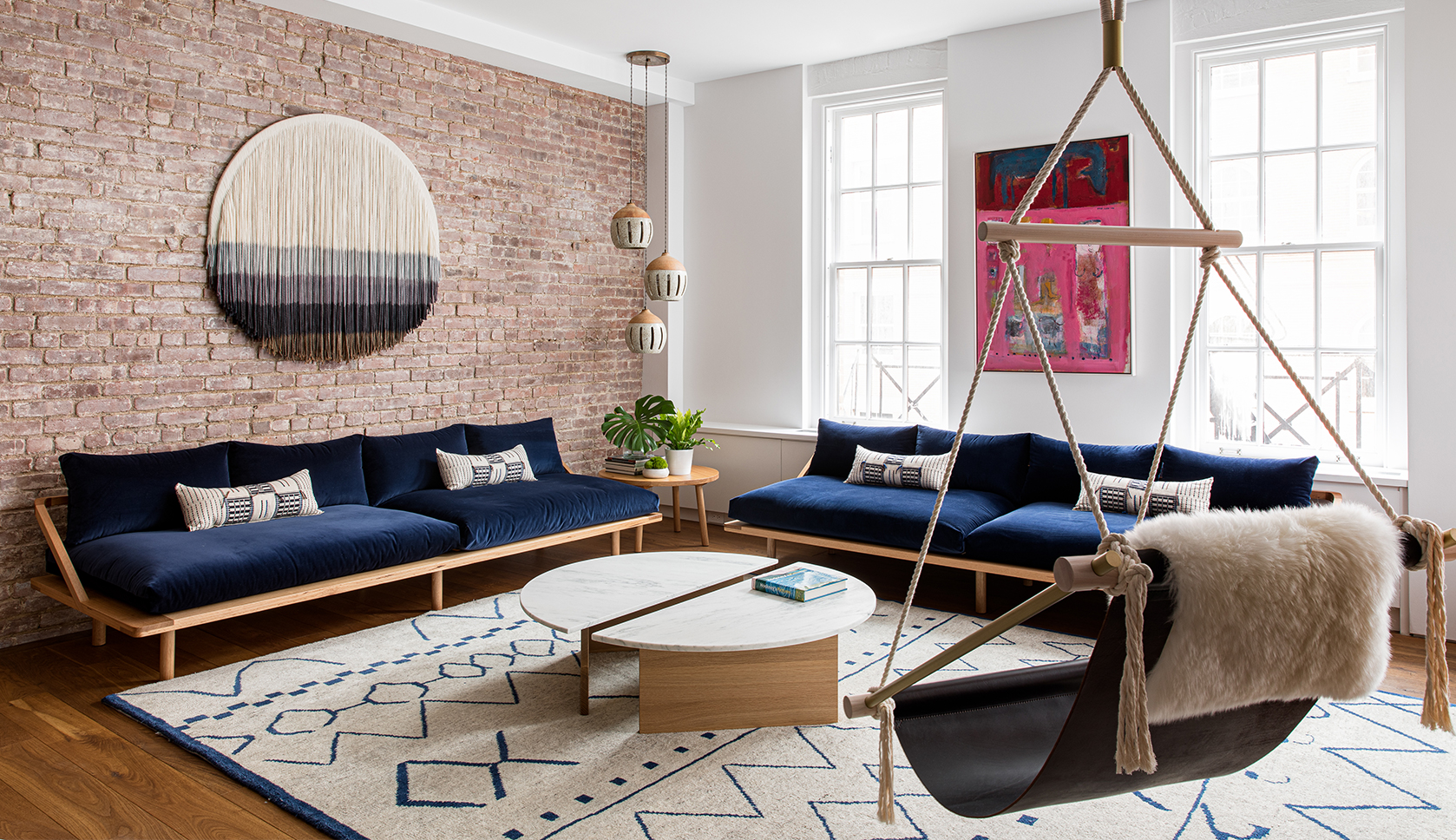 Home Tours A Loft Out of the Ordinary
Close