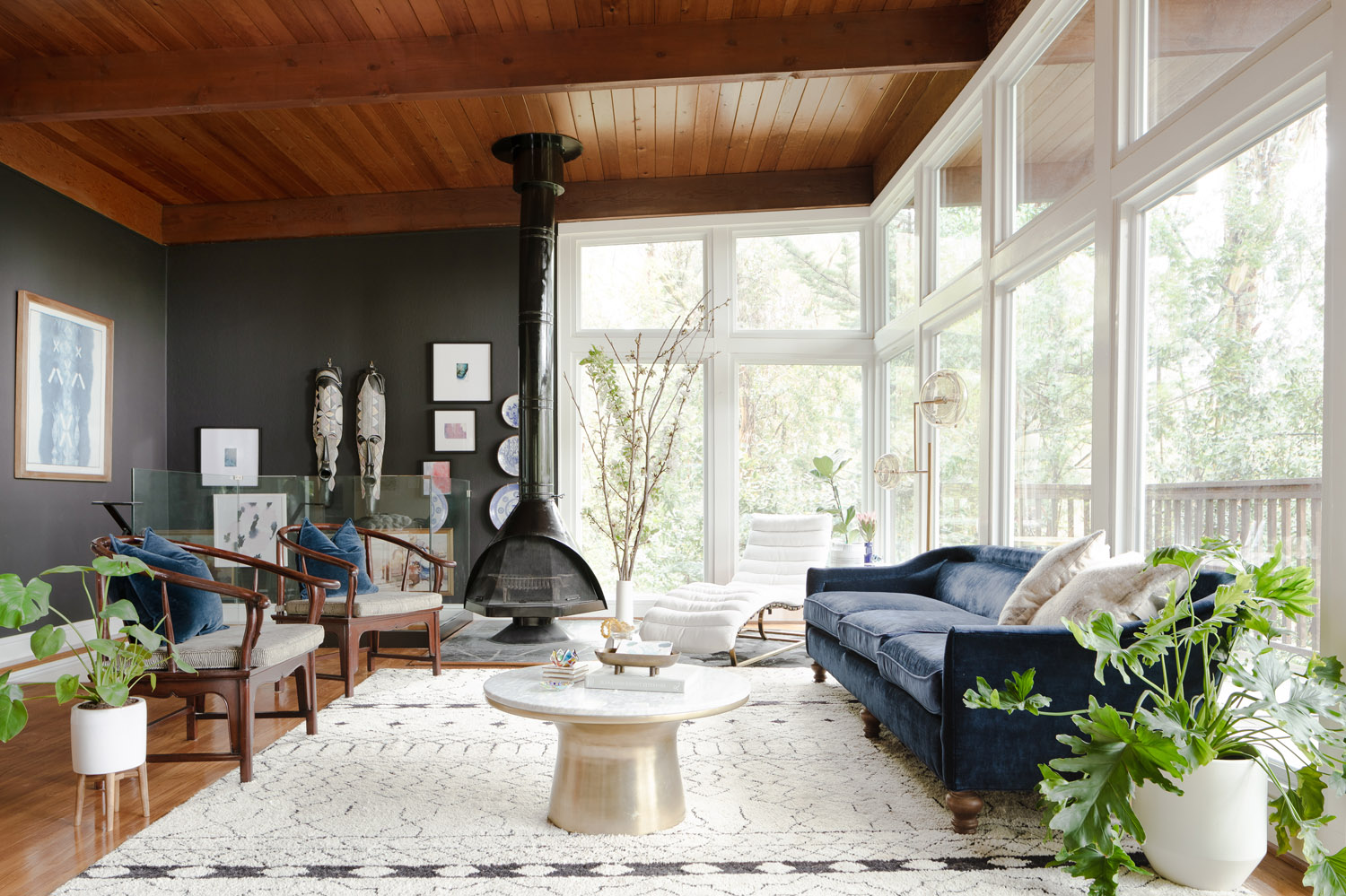 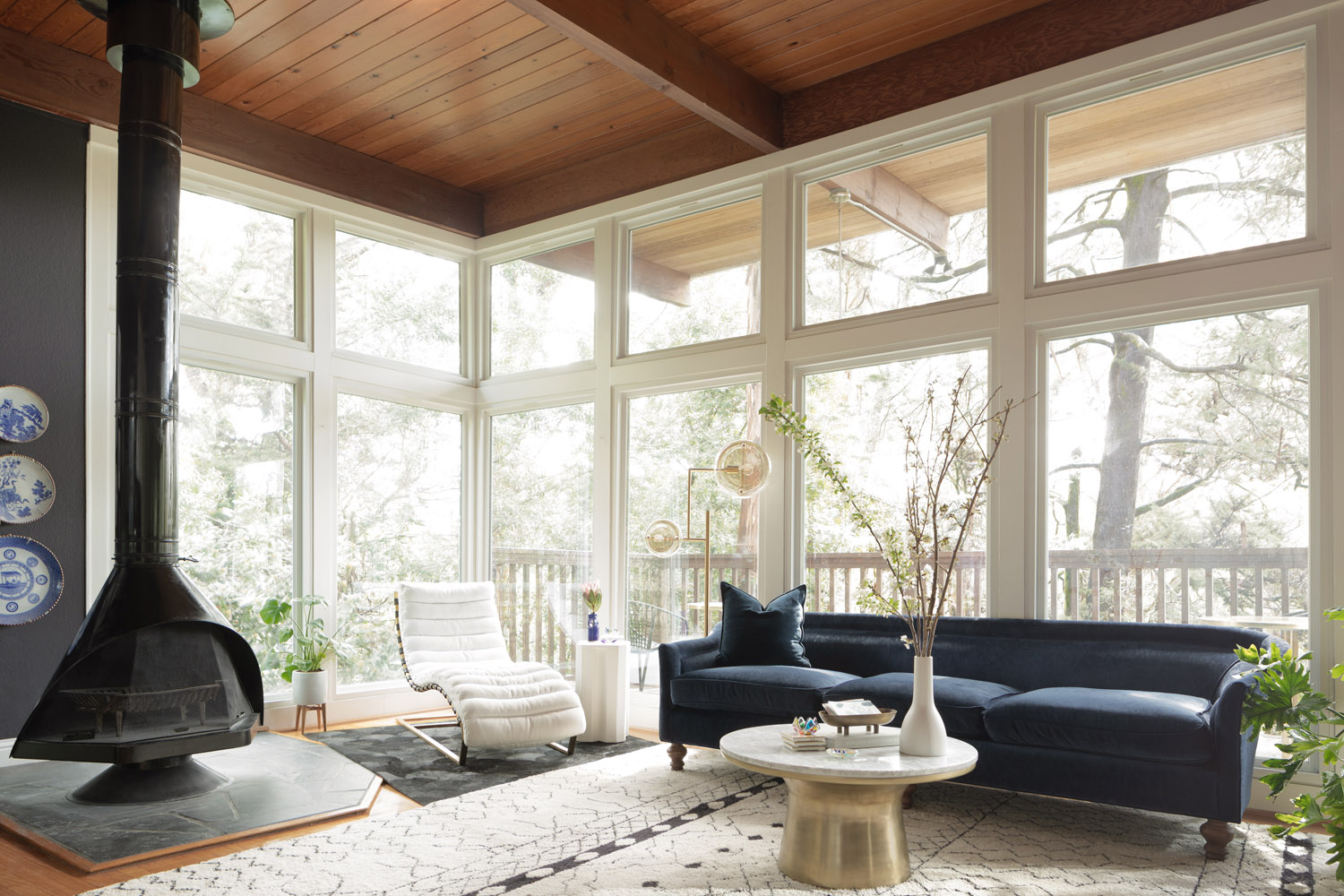 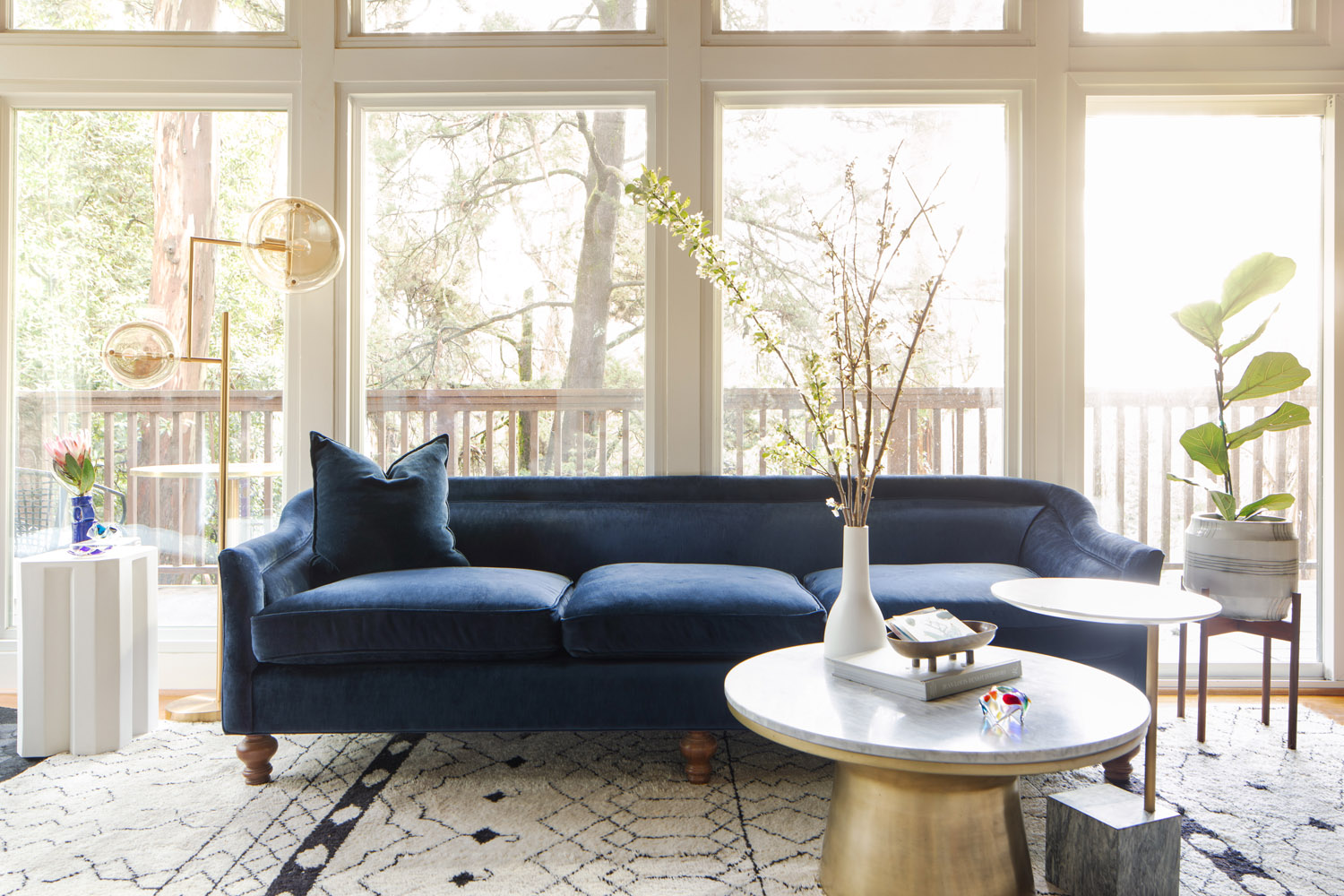 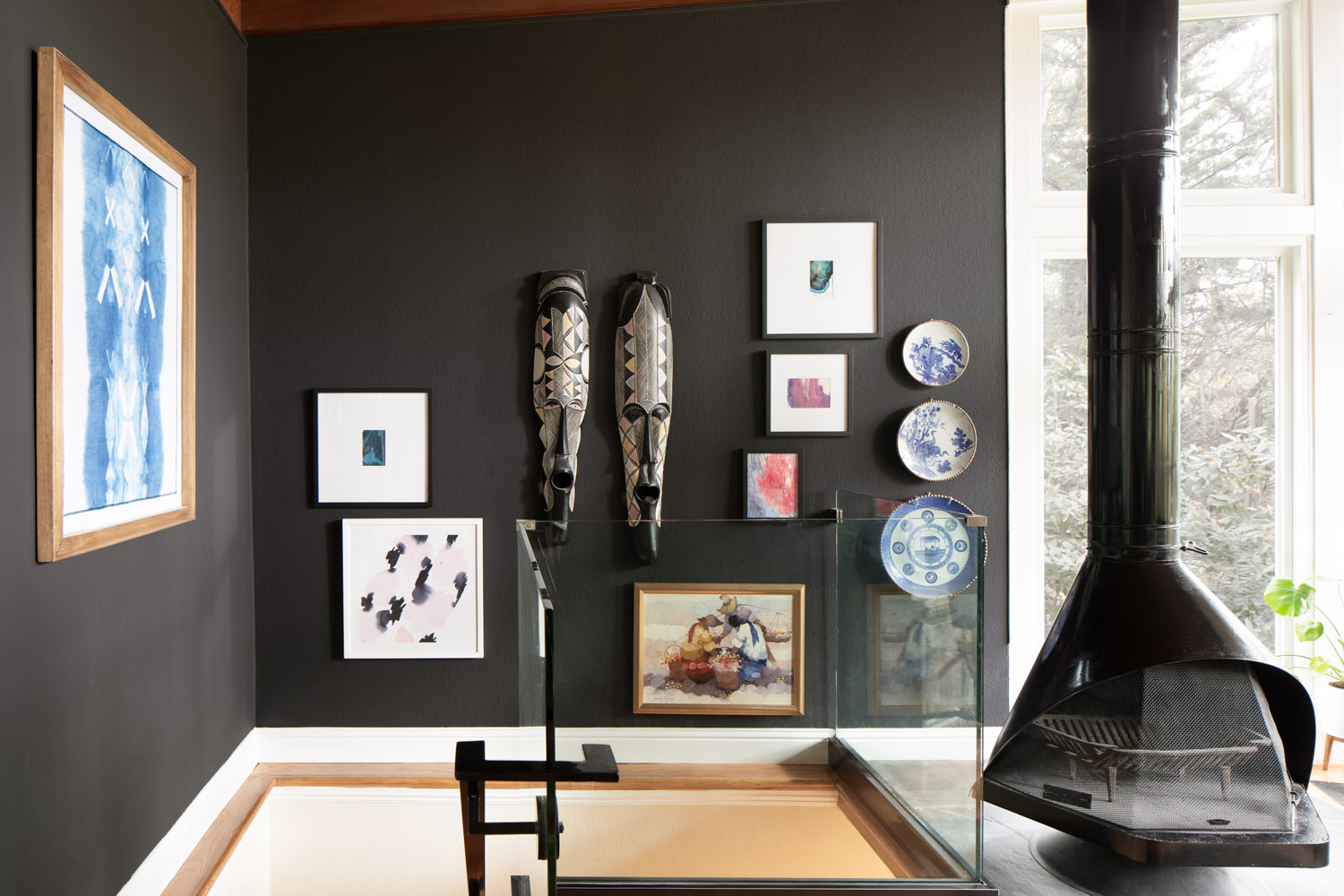 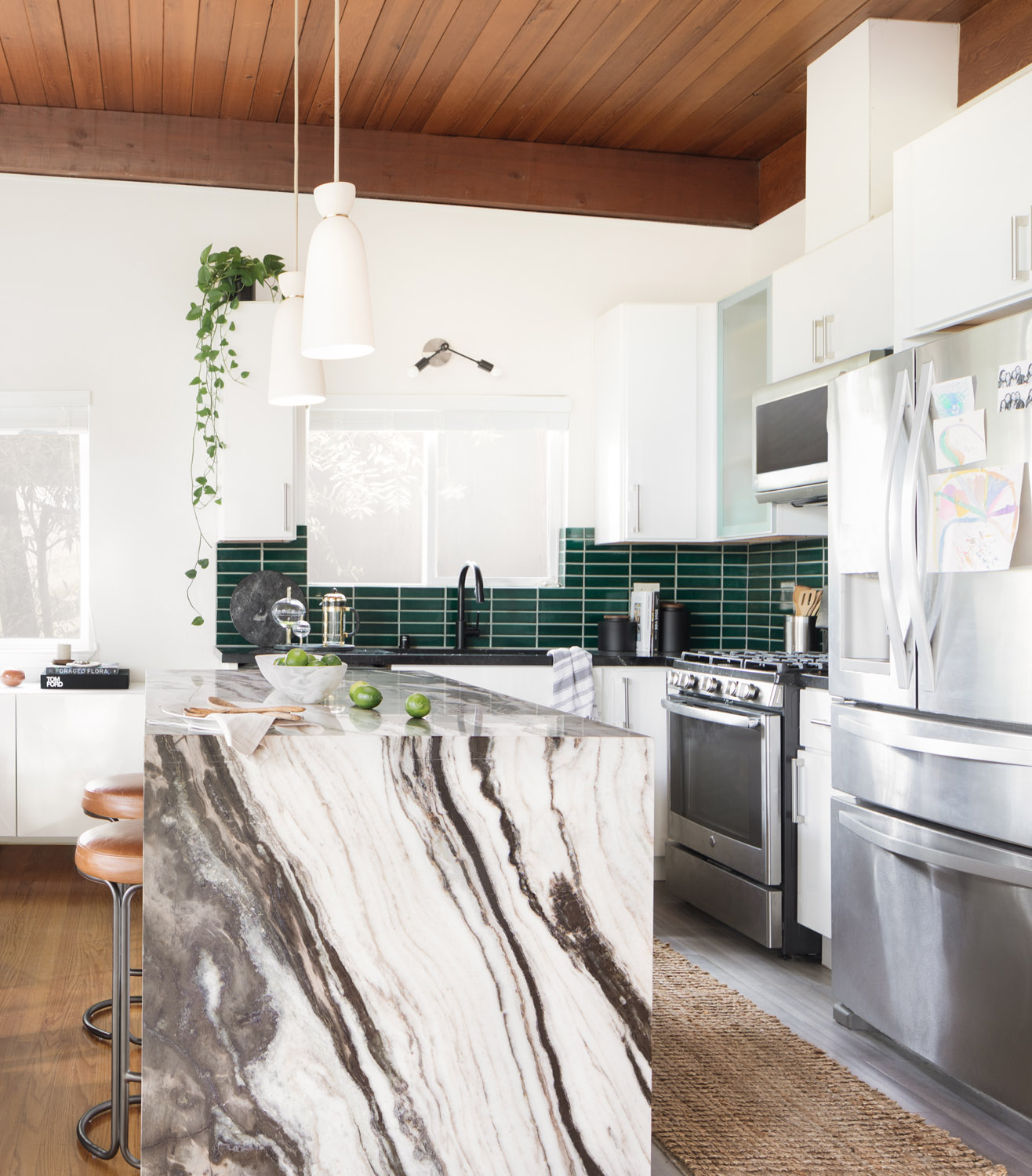 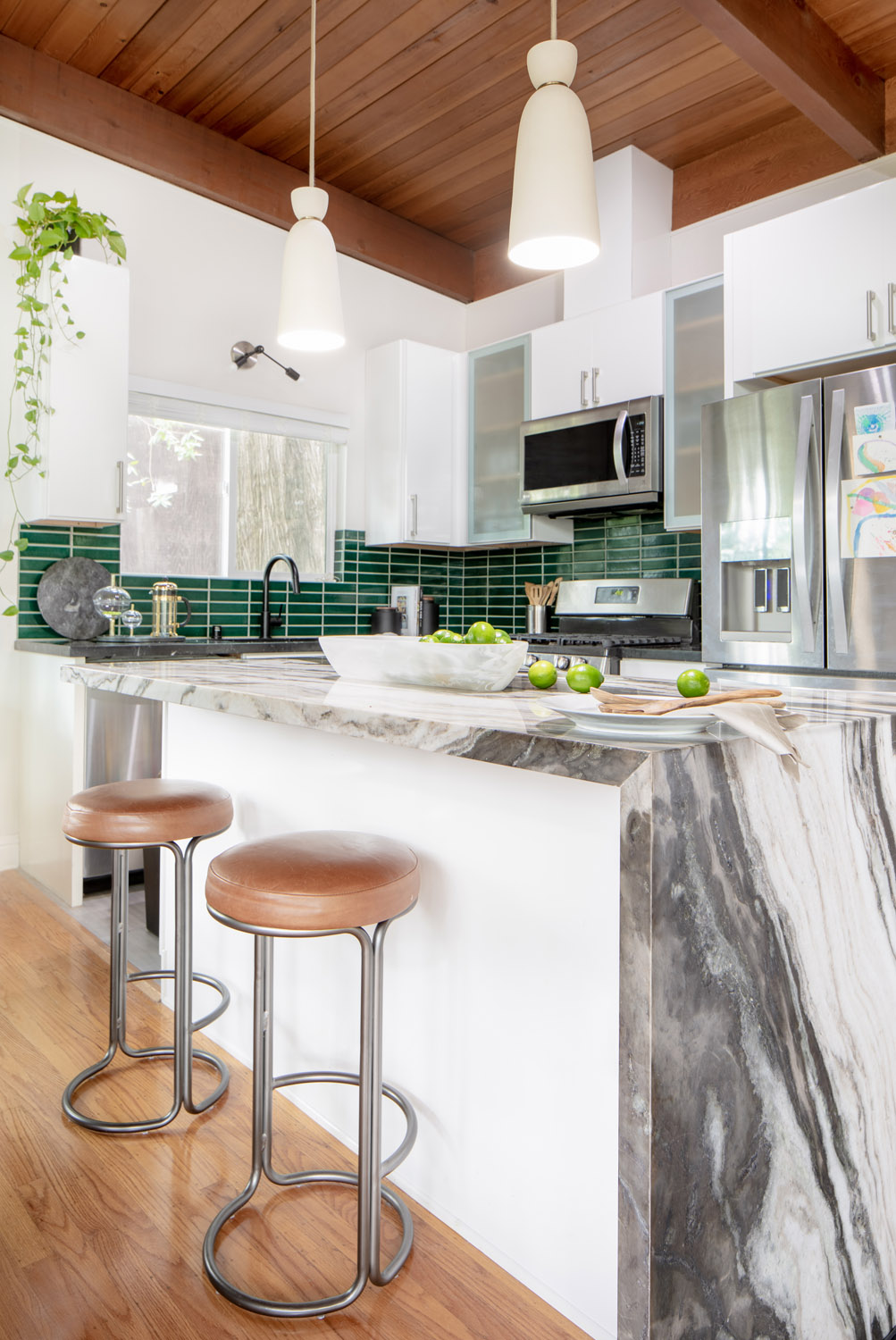 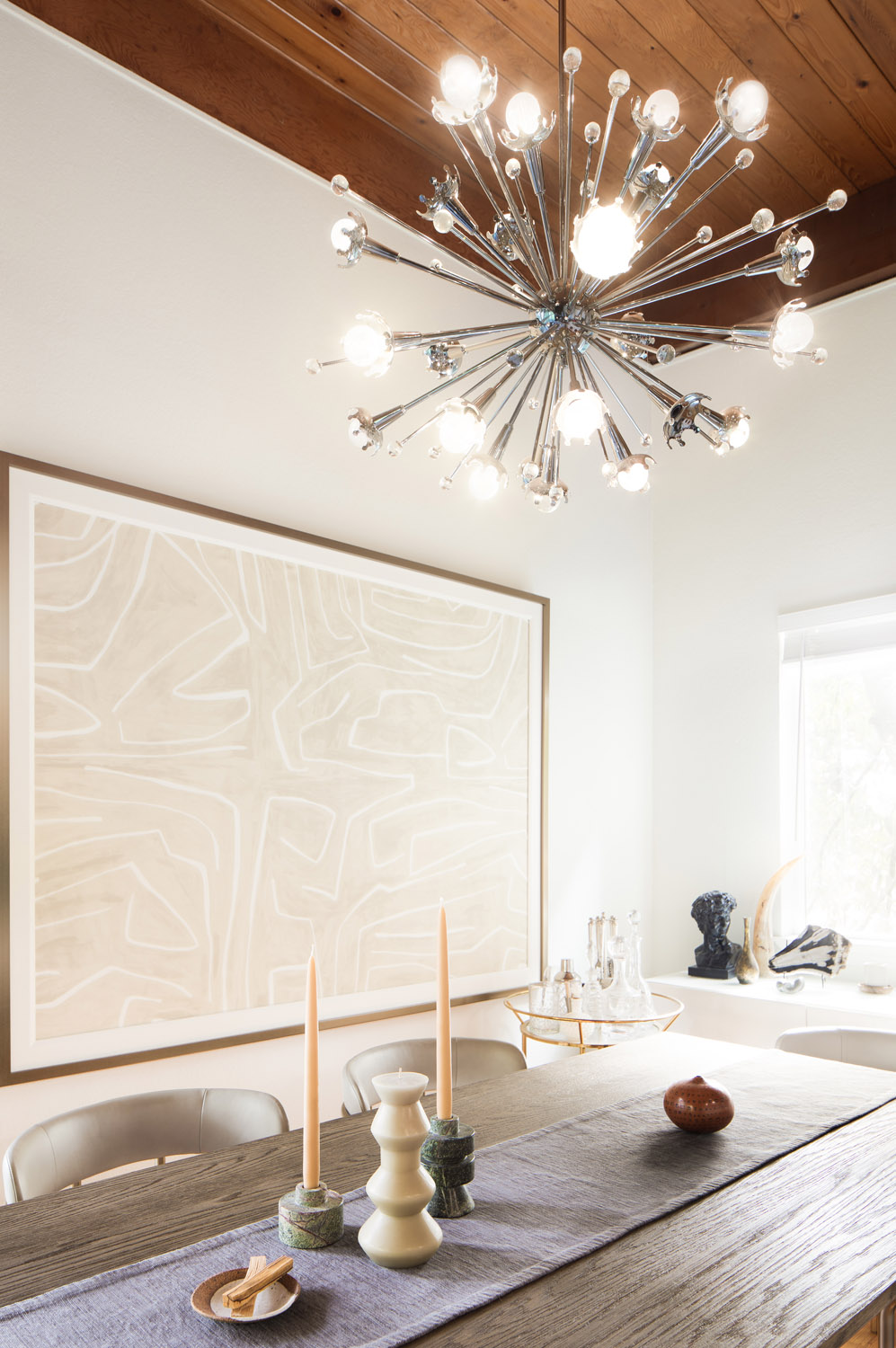 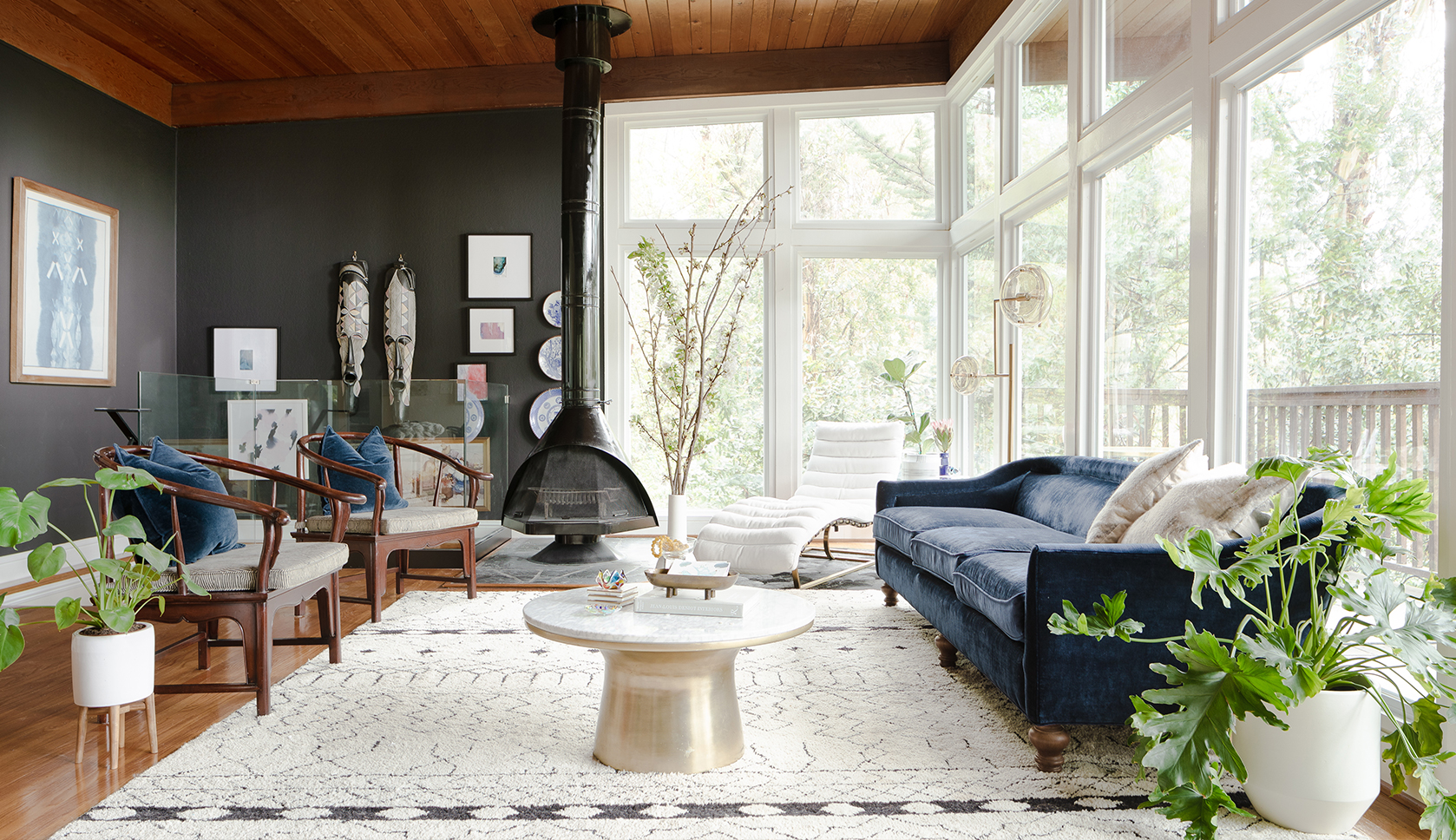 Tina Montemayor, a creative recruiter and manager at a large independent ad agency in San Francisco, and her husband, who works at a large tech company, knew that their ideal neighborhood to put down roots was Montclair in Oakland, CA. They were attracted to its laid-back vibes and lush greenery, perfect for them and their two young daughters, aged four and six. Visiting possibilities around the area, they came across this mid-century-modern classic that had incredibly large windows overlooking the green surroundings.

“We went to the open house, two tots in tow, in one of the biggest rainstorms of the decade,” Tina shared. “I call it the ‘perfect storm’ because I knew then and there that I’d have to make an offer, especially since the weather cut down our competition in a saturated buyers market.” The house had recently been partially renovated by investors, so it was in good shape. However, some of the material selections were a little bit lack-luster and didn’t appeal to Tina’s personal style. “Although many of the finishes would not have been my first choice, I saw potential and identified where I’d be able to have creative input without doing a full demo,” she explained. “The kitchen had been redone in granite, glossy white cabinets, and grey tile on the floors. They left iron railings to partition the hallway which is a couple of steps higher than the open living area and for the stair drop off to the bottom floor.”

Over the next two years, Tina and her husband tackled different parts of the home, slowly crafting it to fit their vision. The living room, for example, was kept much the same, but they decided to paint the back wall behind the Malm fireplace in Sherwin Williams’ Caviar. Next, they modified the staircase in the living area that leads down to the playroom and guest bedroom. “The iron railings were replaced with glass to open up the space, giving us clear sightlines to the kids no matter where they are on this floor, as well as remove the visual clutter,” she added.

The kitchen is where Tina and her husband made the greatest amount of modifications. She switched out the granite countertops with Nero Marquina marble for the back area of the kitchen and Calacatta Black Vein for the island. “I was going with marble no matter what anyone said,” she explained. “The colors marry everything in the space. It sounds so lame but it literally leaves me in awe and still makes my heart jump when I take the time to appreciate it.” She chose Evergreen 2×6 inch stacked subway tiles from Fireclay for the backsplash. “Along with green being my favorite color and adding a sense of glamour to the otherwise utilitarian kitchen, it served a dual purpose of tricking the eye and balancing the outdoor greenery that takes up more than half of the space with off-center wrap-around windows,” she said.

Finally, for the decor, she and her husband went for an eclectic mix of contemporary pieces – such as the west elm brass and marble coffee table – with some of their heirlooms. “We spruced up antique Ming Dynasty chairs with cushions upholstered in a Kelly Wearstler fabric, reframed traditional Filipino artwork, and put a modern twist in the way we displayed antique China – all inherited from our parents,” Tina said. Their artwork is a particular labor of love: “The gallery wall houses Shibori print, masks from Zimbabwe my husband hand-carried through South Africa and London, as well as our kid’s paintings.”

After patiently working on making these modifications to their home over several years, Tina and her husband finally have reached a point where their home reflects who they are. “We feel a sense of accomplishment when we take a step back and realize the space is a 100% us,” she said. “It’s a celebration of our vision, yet leaves room for growth and aspiration.” 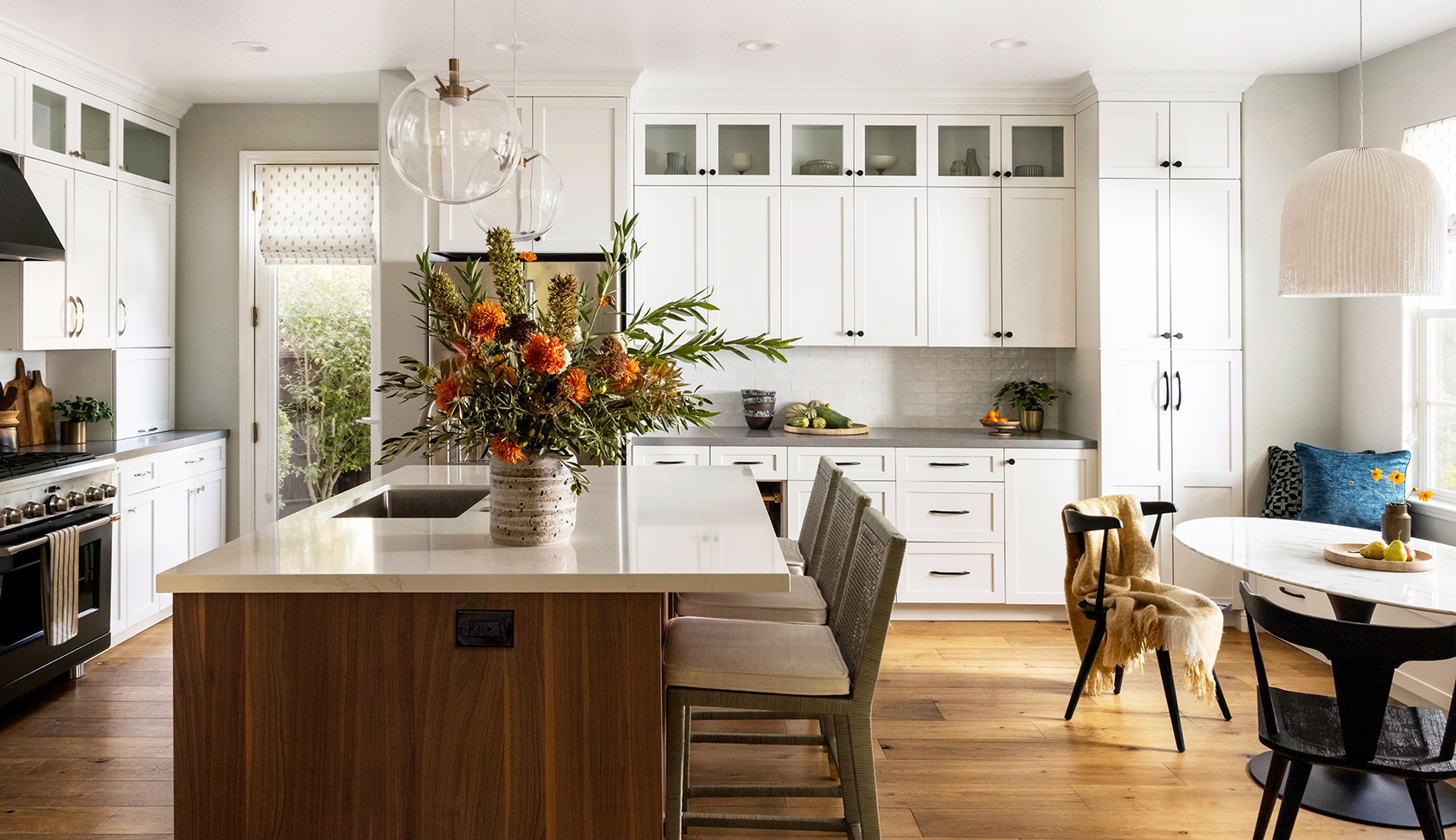 Home Tours / January 24, 2022 Before & After: A Warm and Welcoming Kitchen Makeover
Though constructed in 2006 and in good condition, the kitchen in this Danville, CA home was in need of some love. Alice... 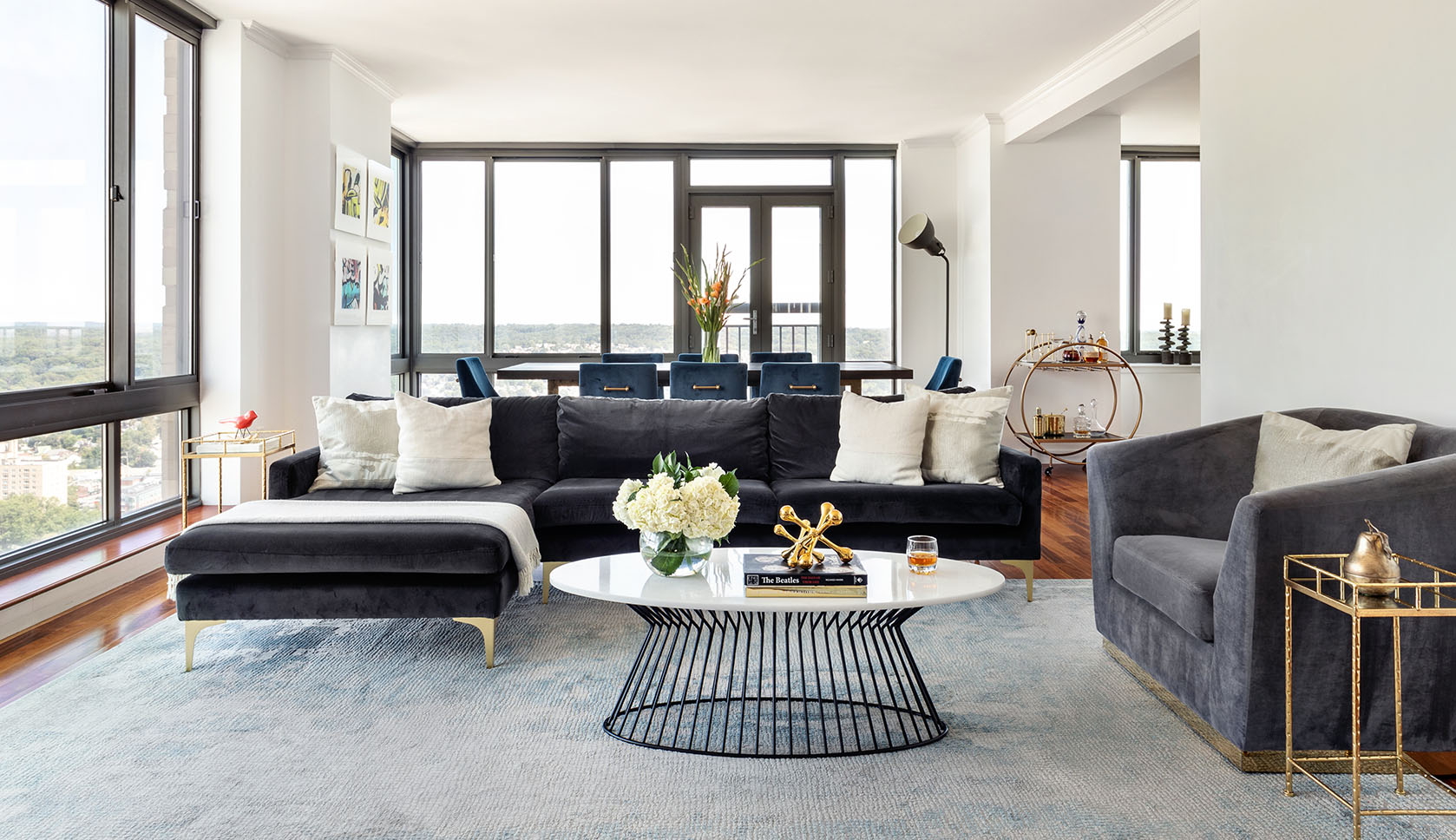 Home Tours / January 17, 2022 A White Plains Penthouse Designed with Homeschooling in Mind
Located in downtown White Plains, NY, this 2,500 square-foot penthouse has a panoramic view of the Manhattan skyline and... 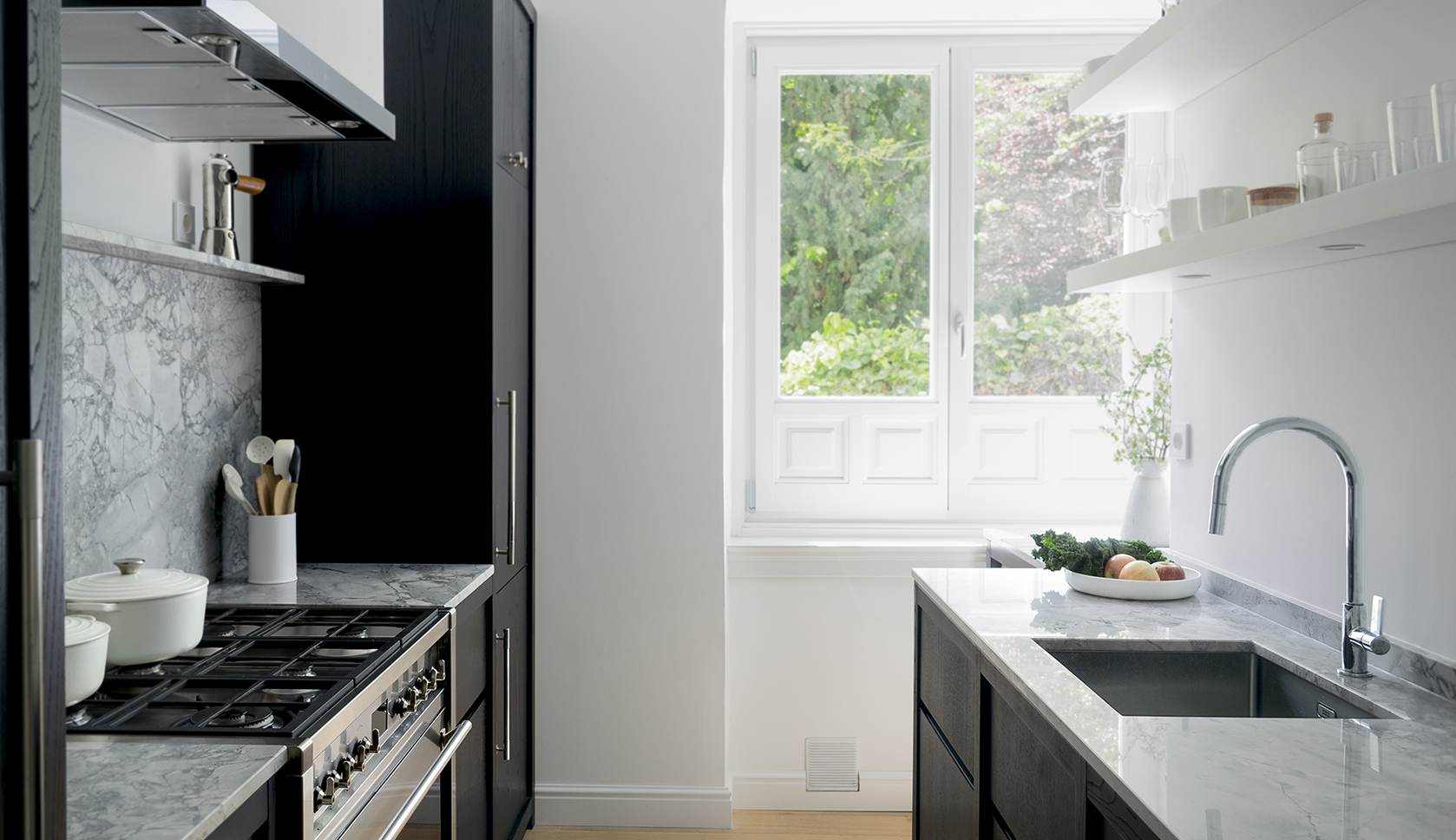