Rue Confessional: The Truth About Rue 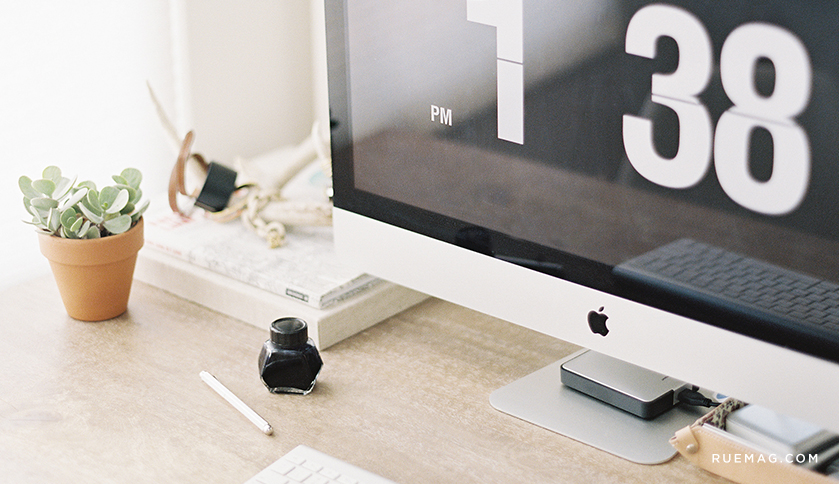 This article was recently published in our anniversary issue, but in case you missed it, I decided to republish it here due to popular demand. I hope you enjoy getting a glimpse into Rue from my perspective:

Five years ago Rue launched its premiere issue to 10 million pageviews. I was 27 at the time and our founding team of five was in New York City for our launch party. We worked diligently and passionately for the four months leading up to that moment in what felt like a bubble, producing photo shoots, reaching out to potential advertisers, and assembling a dream team of contributors. A week later I took a leap, which oddly wasn’t scary at all, and resigned from my day job at a book publisher in Chicago. I knew that whatever happened or didn’t happen with Rue, I was strong and resourceful enough to end up on my feet. I learned that when we leap, a net really does appear… especially if it’s you who builds that net.

I bet at this point you’re wondering how I had the money to do this, so I’m going to cut to the chase. No, I didn’t have a sugar daddy (actually, I was single at the time). No, my parents, though 100% supportive, didn’t help fund the endeavor. And no, we didn’t have investors then or now. Rue was built from my personal savings account along with the financial contribution of my cofounder at the time, Anne, and the dollars I was able to secure from advertisers. Mitchell Gold + Bob Williams was the very first company I signed on. I closed that monumental eight issue pre-launch deal on a conference call I took in the middle of the Dallas airport during a layover to a family reunion. It was exhilarating and scary all at once. Rue had to work out because I no longer had a steady income from a secure job to count on and because big companies were now writing me checks. Mitchell Gold + Bob Williams has advertised in every single issue since over the past five years and holds a very special spot in my heart because they believed in us first.

Over the next few months, life would have it that my older brother, Lawrence and I would be housemates in Chicago. With a business degree from Stanford and an MBA from Duke, conversations with Lawrence naturally landed on all things business. We stayed up late into the night talking about Rue while he explained to me the way investors, stock options, and cap tables worked. In turn, I filled him in on the power of Twitter (these were pre-Instagram days!), blogging, and online influencers. He made spreadsheets for me, coached me before important phone calls, and linked me up with the right people in Silicon Valley to help get the business incorporated.

In early February 2011, just after our second issue launched, I moved to San Francisco to be closer to my cofounder, Anne. And because I just had a feeling about that city. It’s a good thing I did, because exactly 31 days after landing in the City by the Bay I met the man, Andrew, who would later become my husband and father of my first child. By our fourth issue, the New York Times had written us up in a four-page piece titled, The Thriving (Online) Shelter Magazine Industry, where they profiled four online magazines: Lonny, High Gloss, Matchbook, and Rue. Two have since folded, the other was sold, and Rue still stands as it did then. I’ll never forget sitting in a New York City cafe with the journalist chatting over a cup of coffee. I learned my first lesson in interviewing then: anything you say can and will be taken out of context. He extracted the moment I humorously and innocently said, “everyone and their mom has a blog” and made it read like a dig.

Following the NYT article there was quite a flurry of talk in the blogosphere, pitting the founders of the four magazines against each other. For the record, I am friends with the founders of all three magazines. We email, we talk on the phone, and we go out to dinner when we’re in the same city at the same time.

Shortly after the NYT article, I really started to feel the pressures of owning and leading a growing entity. On the inside, I had a complex business to run. On the outside, I had a fun magazine and a lot of success: Rue was a respected website, I was able to support myself financially in an expensive city, and the team even got to model for Gap. But at the end of the day, I was a twenty-something with a lot on my plate and fatigue set in. The high of the rise was now replaced with the stress of, “what next?” Some of the team was also experiencing great growth with their own personal blogs right around this time, and little by little that took precedent in their life, and understandably so. In my personal life, I was falling in love with Andrew and being pulled in a new direction, and I struggled with the ever-elusive work life balance.

In April 2012 (just shy of our two-year anniversary), we had a team call, which included myself, Anne, Bri, and Cassandra. I took the call from a coffee shop in New York City where I was currently with Andrew. The team decided that we had a great run together, but that people were ready to move on. I think they expected me to close down Rue at that point since the team was no more, but never for a moment did it cross my mind. I remember feeling sad that an era was ending, but also a tremendous opportunity to rebuild and recreate Rue to be even more of what I dreamed it to be. I had been given a fresh start, a clean slate, a blank canvas and I couldn’t be more humbled and excited by the opportunity. Later that night, Andrew and I sat at a bar in New York City and brainstormed on a cocktail napkin what my next steps would be. I still have that napkin.

Publicly no one knew these changes were happening as we all agreed to publish our last issue together, issue twelve. Privately, I was waking up at 5am every morning recruiting, strategizing, and reimagining Rue. I was working double time to make sure that no one would see Rue miss a beat. I was invigorated and re-energized. And that’s when I learned another lesson: when there is a will, there is a way. And that hard work trumps pretty much everything.

I assembled my new dream team, which has now been with me for over three years and counting. We gave Rue a new look, we rethought our content based on your feedback (more interiors, less fashion), and we overhauled our internal processes and now run like a well-oiled machine. Readership went up and stress went down. Oh, and I married Andrew and had a baby boy along the way.

Today, with five years under my belt with my original baby, Rue, I am thankful for the countless gifts it’s brought to my life. It’s given me something to be passionate about, it’s pulled the courageous girl out in me, it’s showed me I’m resilient, it’s introduced me to new friends, it’s proven to me just how generous people are, it’s made me realize that we all grow from our mistakes, it’s made me into a woman I’m proud to be, and it’s put people in front of me who I learn from everyday. It’s been the journey of a lifetime, and I can’t wait to see what we accomplish next. 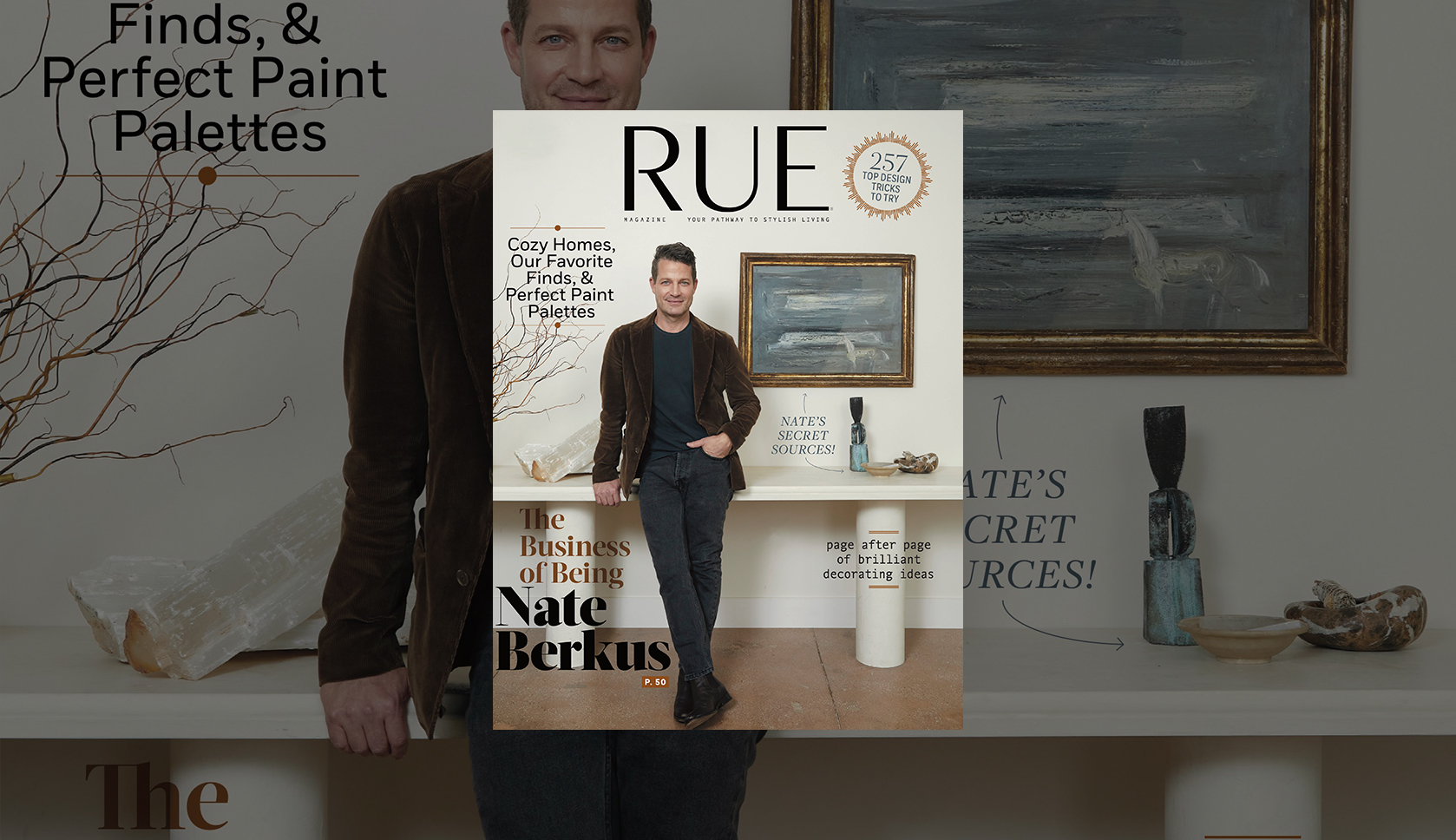 Editors' Picks / December 20, 2022 Our Winter Issue is Here!
We are so excited to share our winter issue, on newsstands now!   We’re available at fine retailers near you,... 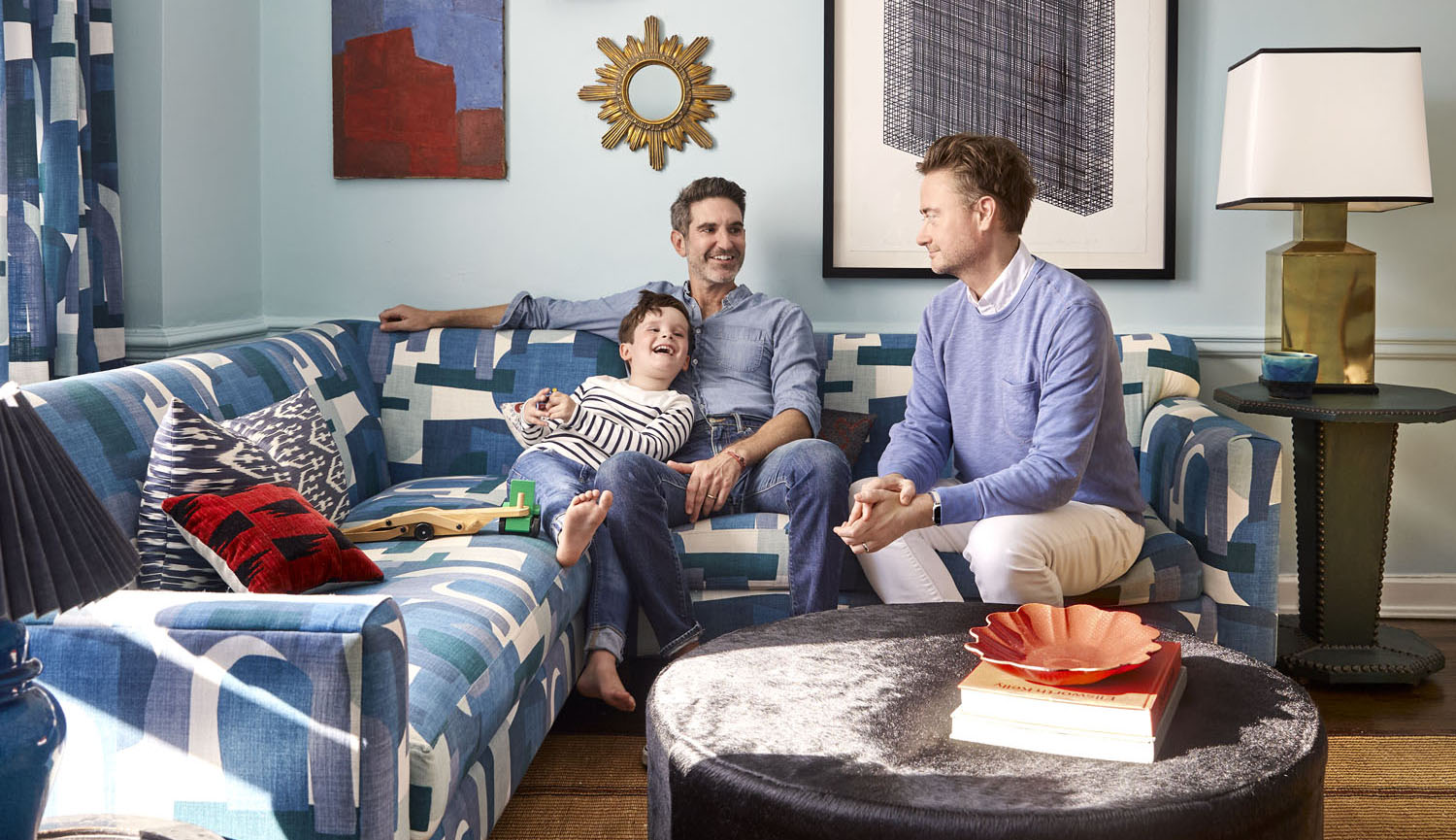 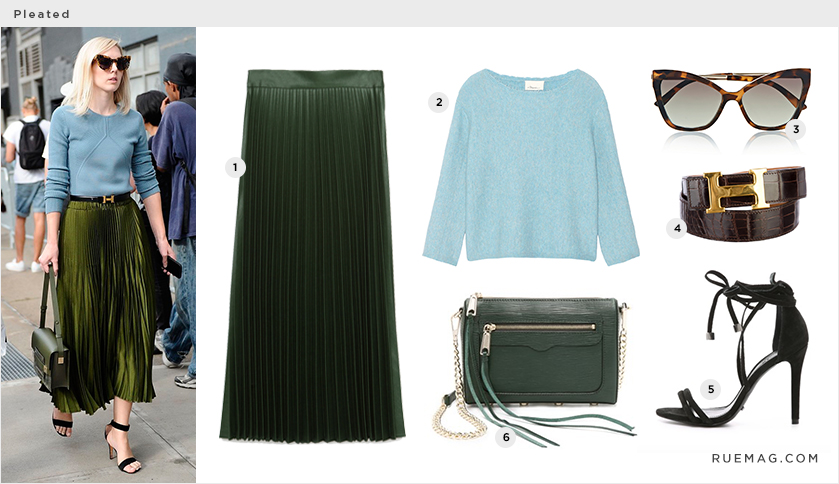 11 thoughts on “Rue Confessional: The Truth About Rue”